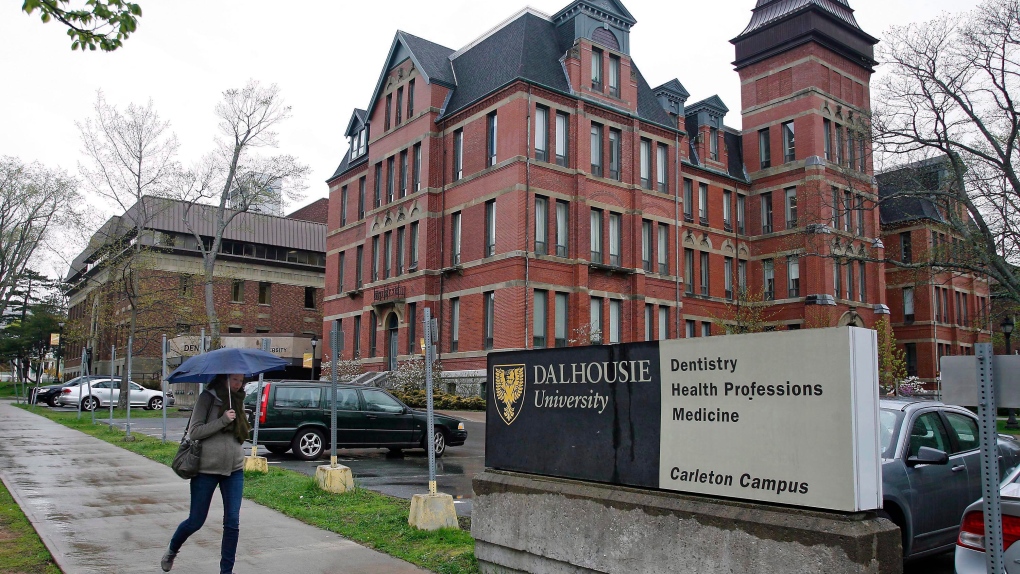 A pedestrian walks by the Dalhousie Dentistry Building in Halifax on Friday, May 22, 2015. THE CANADIAN PRESS/Darren Pittman

OTTAWA -- At a time when Canada is attracting more students from around the world, there are concerns qualified applicants from certain countries are getting turned away because of its visa process.

Most students have been coming to Canada in recent years from India and China. Fazley Siddiq, a University of New Brunswick professor who served as dean of the business department, said visas have been a headache for applicants from countries like Pakistan and Nigeria.

"The security checks were so stringent that no one could make it. Or at least, in my experience, very few were given visas."

He added that the issue has been of particular concern in Atlantic Canada, where some universities are desperate for international students and "bend over backwards" to attract them.

Siddiq said the situation has improved for applicants from Nigeria, but those from Pakistan have continued to see more refusals -- in some years eight Pakistanis received acceptance letters from his department but none could get a visa.

Canada wants to draw in more international students as a way to diversify classrooms and increase the economic benefits they bring, which already amount to billions of dollars each year. The economic impacts of foreign students rival Canada's exports of auto parts, aircraft and lumber.

"Canadian universities are popular among Pakistani students, but due to visa difficulties increasing numbers of students is turning towards other countries," Nadeem Kiani said in an email.

"Consequently, Canadian universities are losing both high-quality students and revenue."

For example, Kiani pointed to numbers in government documents obtained through access-to-information law that show 2015 student permit applications from Pakistan had a success rate of about 32 per cent. The student-permit success rate for applicants from India that year was more than 68 per cent, say the data.

Immigration Minister Ahmed Hussen said the approval rate for visas for Pakistani nationals has gone up under the Liberal government.

Hussen also said the government will soon announce an expansion to a program -- known as the student direct stream -- to include applicants from Pakistan. The program, which already covers applicants from China, India, the Philippines and Vietnam, is designed to speed up the processing of student visas.

A spokesman for Hussen said all applications are assessed in a fair manner, based on the merits of the case and in accordance with Canadian law.

"You can't compare one country to another," Hussen said in an interview. "Each country has its own country conditions, economic circumstances, people have different travel history."

The application decisions are made by visa officers. Therefore, a key to helping more students receive permits, Hussen said, is connecting the schools directly to visa offices and embassies to explain the government's criteria.

It's also important for applicants to demonstrate they can support themselves financially while in Canada, he said.

Denise Amyot, the head of Colleges and Institutes Canada, said it's often difficult for students from emerging economies to show that they have financial means to pay for their stays.

More collaboration between visa offices and post-secondary institutions is also important to ensure applications are complete, she said.

"(The visa officers) don't have a lot of time when they examine an application, so as soon as there's a doubt they could reject it," Amyot said.

"That's we need to ensure as much as possible that all the info is there and it's clear, and that there's integrity to whatever information is there."