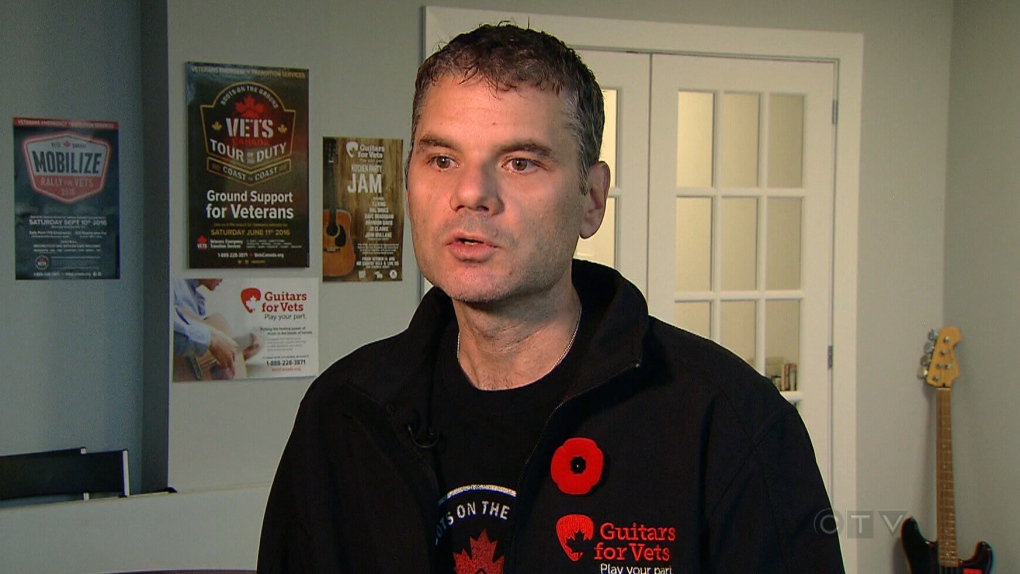 ESTEVAN, Sask. -- The co-founder of a group that helps homeless veterans says he knows his decision to refuse money from organizers of a weekend rally in Saskatchewan was the right one after viewing online video of the event.

Jim Lowther of VETS Canada says he accepted a request from the event, called Canada's Patriot Party, to promote that it would be raising money for the veterans' group.

But days before the rally, convoy and concert in Estevan on Saturday, Lowther says he became concerned about connections that some of the organizers had with political groups -- some of which he says advocate hate.

Lowther says he informed the organizer that they were cancelling their affiliation, and the organizer responded by sharing Lowther's phone number on social media, asking people to contact him directly.

He says they've been inundated with angry phone calls, but he says video of the event only reassures him he made the right move.

The platform where speakers addressed the rally was covered with signs opposing globalism, Justin Trudeau and the carbon tax, and one speaker lamented that Canada has lost its morals and is no longer a Judeo-Christian country.

"It's not something that we wanted to be seen supporting or even having it look like we support them," Lowther said in an interview Sunday from his home in Dartmouth, N.S.

Lowther claimed the organizers also started a GoFundMe page for the event without their permission.

Event organizer Jayme Knyx could not be immediately reached for comment on Sunday.

On Friday, Knyx posted a statement on Facebook along with a video message where he gave out Lowther's contact details.

"We don't support hate or any side of any political debate and remain nonpartisan," the statement said. "This event is about trying to help raise awareness and funds for our veterans, not the yellow vests."

Video of the rally that was posted to the Canada's Patriot Party Facebook page includes speakers who said they are veterans. But they spoke on a flat-deck trailer that had signs that said "No to Globalism," "No ISIS Fighters," "No Trudeau" and one sign that had a United Nations emblem with a red maple leaf and the words "Access Denied" written across it.

One speaker read a poem about being Canadian, noting Canadians are different from Americans because "we don't build fences to keep our neighbours out."

The Facebook page promoting the event had posted a video called "Top 10 Stupid Things Trudeau Has Done As PM (So Far)."

Lowther said the angry calls and emails have been coming in around the clock. He posted one obscenity-ridden voicemail on Twitter that accused him of wanting veterans to be broke.

He and his wife founded VETS Canada in 2010, and the group helps vets in crisis who are homeless or almost homeless. They'll help with rent or grocery bills, and also have drop-in centres in Dartmouth, Edmonton and Ottawa.

Lowther said he's a veteran himself, and decided to get involved after running into a homeless vet he knew.

He said it was difficult to turn down a donation. They get support from Veterans Affairs, but rely on contributions.

"We can't be political and we can't show favouritism to anyone except the veteran," Lowther said.