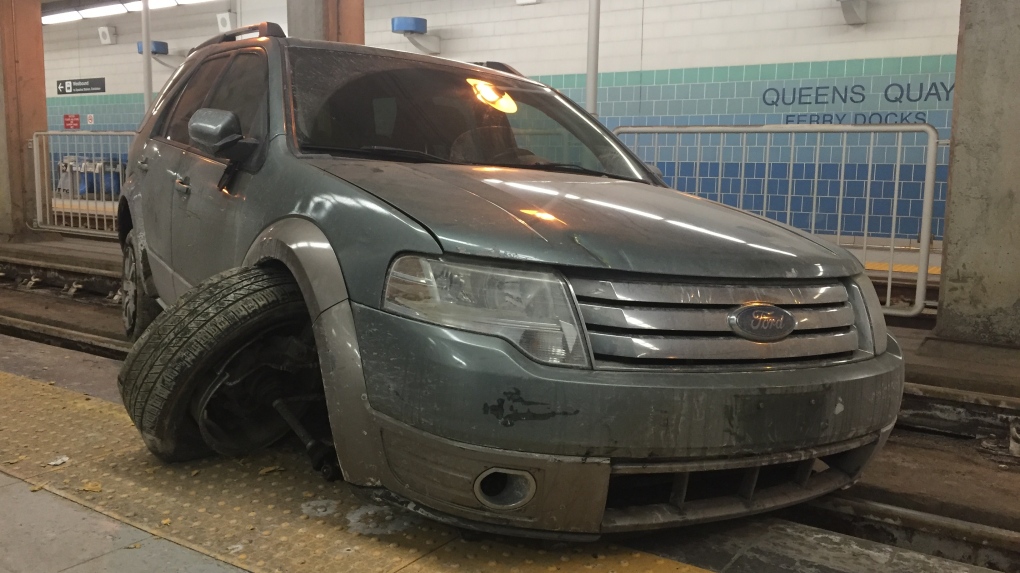 The Ford SUV is seen lodged in a streetcar tunnel at Queens Quay and Spadina Avenue in Toronto. (Danny Pinto / CP24)

A Ford SUV appears to have been badly damaged and abandoned after it was driven onto streetcar tracks in Toronto.

The vehicle was found lodged in the Queens Quay streetcar tunnel early Sunday, prompting the TTC to reverse its 510 Spadina route northbound at Spadina Avenue and Queens Quay.

This is the second incident of its kind in 2017.

The TTC first tweeted about the stalled car at 4:31 a.m. on Sunday. By 1 p.m., the transit service advised that the vehicle had been cleared and all services along the route were operating on regular routing.

No further details about the driver, or why the SUV was abandoned on the tracks, are available at this time.

ALL CLEAR: The delay at Queen's Quay tunnel has cleared. 510 Spadina and 509 Harbourfront have returned to regular routing. #TTC