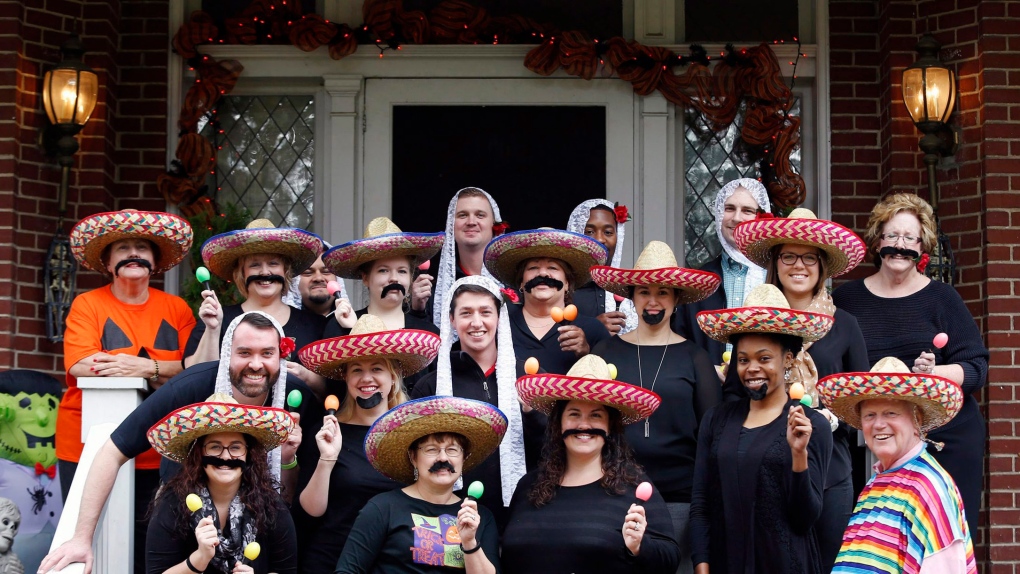 TORONTO -- Geishas are out. Feathered headdresses are forbidden. And if you're planning to wear a Bill Cosby or Caitlyn Jenner costume, you may not be welcome at your Halloween party of choice.

A growing number of institutions are starting to take a more proactive approach to potentially offensive outfits by developing strategies and even explicit policies to prevent people from donning controversial getups.

Costumes depicting specific cultural traditions are the most common focus of such efforts, which are making themselves felt in schools and universities.

The student union at Brock University in St. Catharines, Ont., recently prepared a list of prohibited costumes for its annual Halloween bash. The list features any form of headdress, costumes that mock suicide or rape, those depicting transgender activist Caitlyn Jenner, or outfits featuring a culture's traditional attire.

Such approaches don't always sit right with groups concerned with issues of censorship.

Equality Program Director Noa Mendelsohn Aviv said Halloween is steeped in a long tradition of social activism which would not have been possible if participants were excessively concerned with offending others.

She said the tradition of wearing costumes, for instance, often gave repressed members of the LGBTQ community opportunities to express themselves more fully at a time when such actions were discouraged.

Context is everything when it comes to cultural costumes, she said, adding past and present social conditions can often conspire to make a costume feel offensive to the group being depicted.

She said protesters should have every right to voice their displeasure, but celebrants should also be allowed to be offensive.

"We have to be very careful not to repress that kind of expression," she said. "It's very important there be room for all kinds of different personal and political and subversive and dissenting expression, and Halloween is a time when that really happens."

Mendelsohn Aviv praised one technique put into practice three years ago at McGill University, whose student union issued colour-coded tags to attendees of its 2014 Halloween party. Green tags meant the costume was considered appropriate, yellow tags were for those who's choice of attire was considered questionable, and red tags were reserved for those believed to have crossed a line into offensive territory.

Mendelsohn Aviv said social censure, rather than more active punishments, can be an effective way to give everyone a voice while still expressing that certain costumes may be in poor taste.

Student Society vice-president of University Affairs Erin Sobat said the McGill has abandoned the colour-coding system in recent years and is now focused on educating people about appropriate costumes ahead of the 2016 festivities.

Like Brock, McGill frowns upon cultural costumes but has not gone so far as to prepare a prohibited list.

Sobat said the aim of the education workshops and campus posters is to make people think beyond their costumes and reflect on the messages they may be sending.

"I think it's worth asking who is doing the subverting and who is benefiting from that or not," he said. "It's easy, as a white person, to dress up as a black person for a day and then go back to being a white person and not having to face the daily discrimination and stereotyping that goes along with that."

Hughes views it somewhat different, arguing people's feelings are valid whether the costume-wearer agrees with them or not.

The Toronto District School Board said in an email that it doesn't have any policy specifically related to Halloween costumes, but expects any get up to "comply with the board's appropriate dress policy."