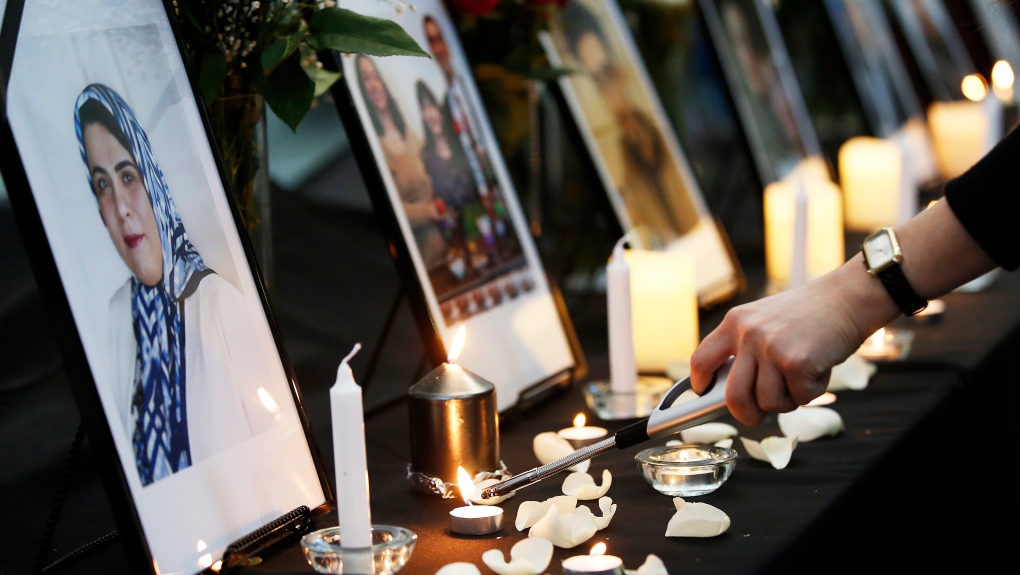 Universities across Canada are coming together today to honour the victims of a plane crash in Iran that left no survivors a week ago.

More than a dozen universities have said they are grieving students, faculty and researchers who were among the 176 people killed when the Ukraine International Airlines flight was mistakenly shot down near Tehran last Wednesday.

The Canadian Press has independently confirmed at least 86 victims with ties to Canada, many of them students and professors returning after spending the December break visiting relatives in Iran.

Now institutions throughout the country are planning a moment of silence at 1 p.m. Eastern Time, according to the industry association Universities Canada.

Some universities are also holding memorial services today to remember those they lost.

Similar events have played out in cities across the country in the last week.

The University of Waterloo is organizing a tribute to two of its PhD students -- Marzieh (Mari) Foroutan, who was in the faculty of environment, and Mansour Esfahani, of the faculty of engineering -- which will wrap just before the moment of silence.

Western University, in London, Ont., will host a memorial in the late afternoon to celebrate the lives of Hadis Hayatdavoudi, Milad Nahavandi, Ghazal Nourian, who were graduate students, and Sajedeh Saraeian, an incoming student.

Paul Davidson, president and CEO of Universities Canada, said it wanted to mark the one-week anniversary of the devastating incident.

"It's been a very tough week on campuses right across the country as so many people who perished have got connections to the university community," he said.

"The loss to our community is profound, the loss of potential, the really bright minds and engaged people who were pursuing research interests that were diverse, that were from all fields...it's a very far-reaching loss."

Davidson said "virtually every campus" will be taking part in today's tribute.

Meanwhile, Foreign Affairs Minister Francois-Philippe Champagne is set to arrive in London this morning ahead of a meeting of the International Co-ordination and Response Group for families of victims of Flight PS752.

Representatives of Ukraine, Sweden, Afghanistan and Britain are to be at Thursday's meeting at Canada's high commission.

This report by The Canadian Press was first published on Jan. 15, 2020.