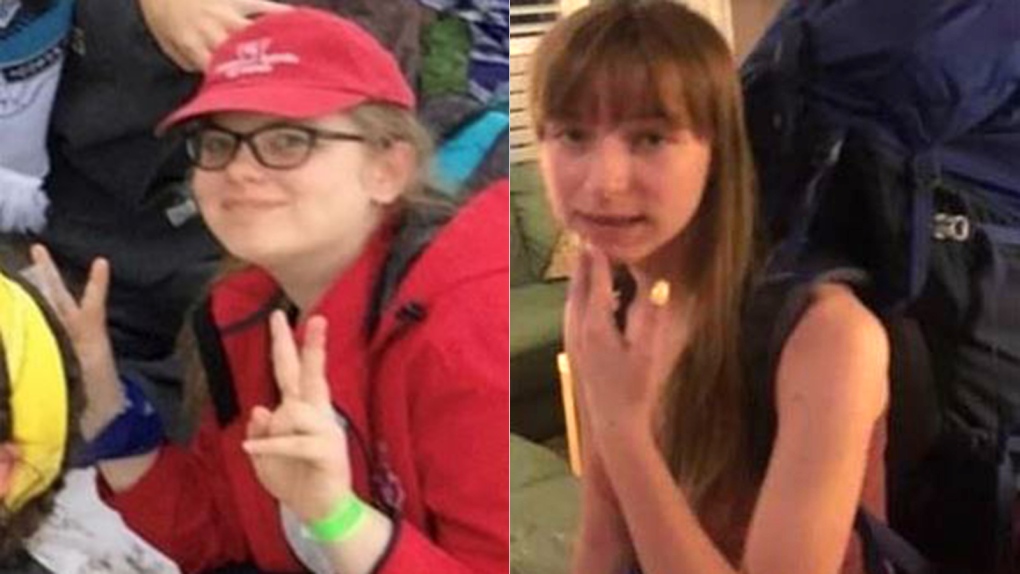 Two 16-year-old girls who went camping at a large Ontario park have gone missing after they didn’t show up at a checkpoint three days ago.

A wide-scale search that includes a police helicopter, canine officers and a plane from the Ministry of Natural Resources and Forestry has fanned out across Algonquin Provincial Park in hopes of finding Marta Malek and Maya Mirota, both of whom are from Kitchener, Ont.

The girls were last seen Thursday with camping equipment, a tent and enough food to last several days, police said. They were reported missing Friday after they failed to arrive at a pre-determined checkpoint with a group of fellow campers.

The girls did not have a cellphone with them, police said.

“Our focus is on finding them. We’ll keep resources on the ground. We will find these girls and we’re hoping to find them sooner rather than later,” Bill Dickson of the Ontario Provincial Police East Region told CTV Kitchener.

Police described the girls as “experienced campers” who were on an organized camping trip. A team of volunteers and park staff have also pitched in to help with the search.

Search efforts began Saturday and continued into Sunday. Police said Sunday that they had received "a large number of calls and messages" regarding possible sightings of the girls in the large, remote provincial park.

Police say Mirota is about five feet tall and thin with long auburn hair, while Malek is about six feet tall.

UPDATE: #OPP is still searching for two missing 16 year old females, Maya MIROTA and Marta MALEK. Please see below for photos of both females. If you have any information, please call 1-888-310-1122. ^kw pic.twitter.com/Z7urKDgauD