Trudeau steps into the boxing ring at historic N.Y. gym 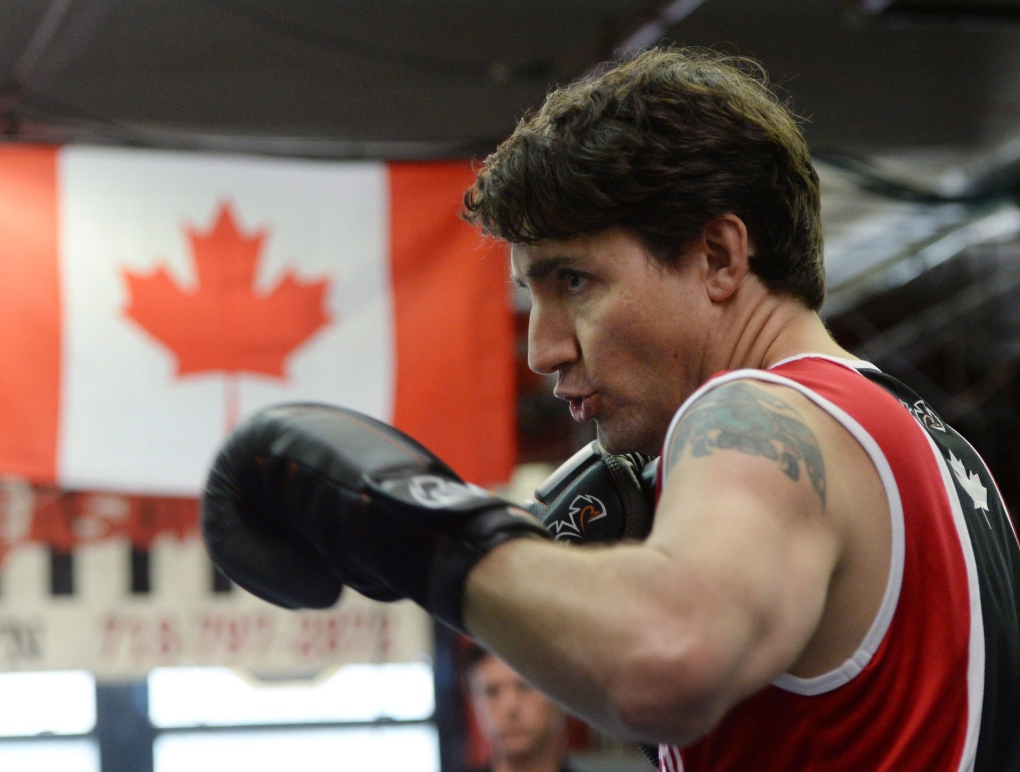 What do Muhammad Ali, Mike Tyson, Jake LaMotta and Justin Trudeau have in common?

They've all laced up their boxing gloves at Gleason's Gym, the Brooklyn, N.Y. training ground for many of boxing's brightest stars.

Prime Minister Trudeau stopped at the gym and stepped into the ring for a photo op on Thursday, during his three-day trip to New York. The PM is slated to sign the Paris climate change agreement on Friday.

Trudeau wore a pair of boxing trunks and a sleeveless T-shirt for his appearance, baring his Haida raven tattoo for the cameras.

The historic Bronx gym was founded by bantamweight boxer Peter Gagliardi (a.k.a. Bobby Gleason) in 1937. Many famous fighters have trained at the gym over the years, including LaMotta, who practiced there for much of his career. Robert De Niro also trained at the gym to portray LaMotta in "Raging Bull" – one of many films partially shot at the Gleason's. The gym has moved a few times over the years, though it’s been at the current location since 1984.