Trudeau in NYC for climate, Q-and-A, and boxing 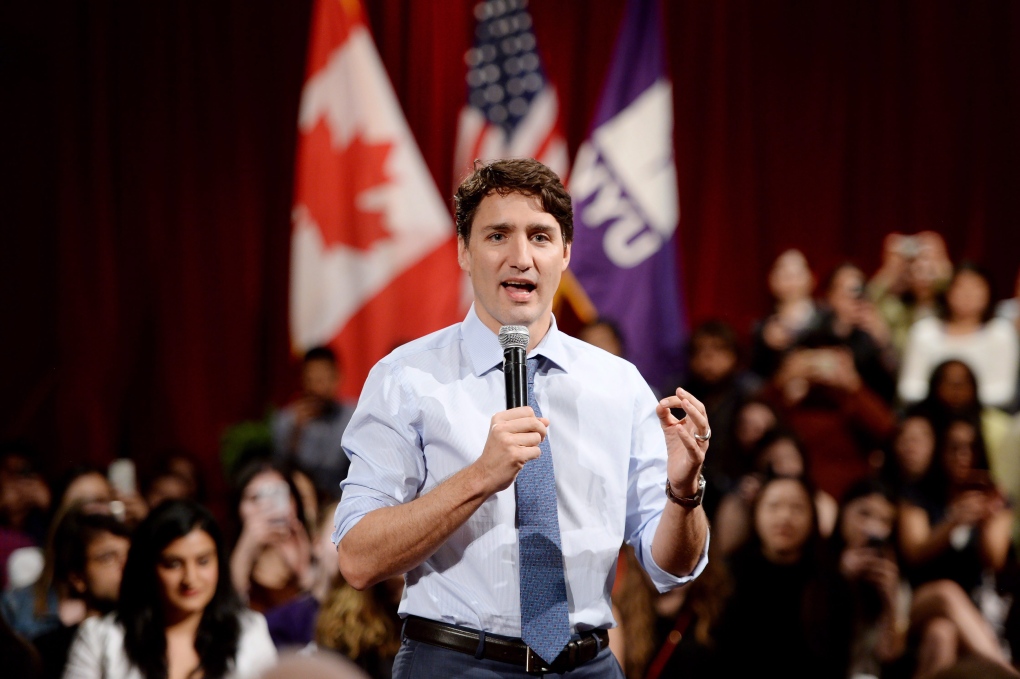 NEW YORK -- Justin Trudeau is attending a series of events in New York City -- ranging from the formal to the decidedly informal.

The prime minister is in town to sign the Paris climate-change agreement tomorrow.

There's a question-and-answer session with students at New York University this morning, meetings, and a photo-op in a gym where he'll be boxing.

Trudeau will be jabbing for the cameras at the legendary Gleason's Gym -- where champions Muhammad Ali, Jake (Raging Bull) LaMotta and Mike Tyson trained, albeit in the gym's previous locations.

This is the prime minister's fourth trip to the U.S. since last month: he's also been hosted at a White House state dinner, attended a nuclear arms-control summit and attended meetings at the United Nations.