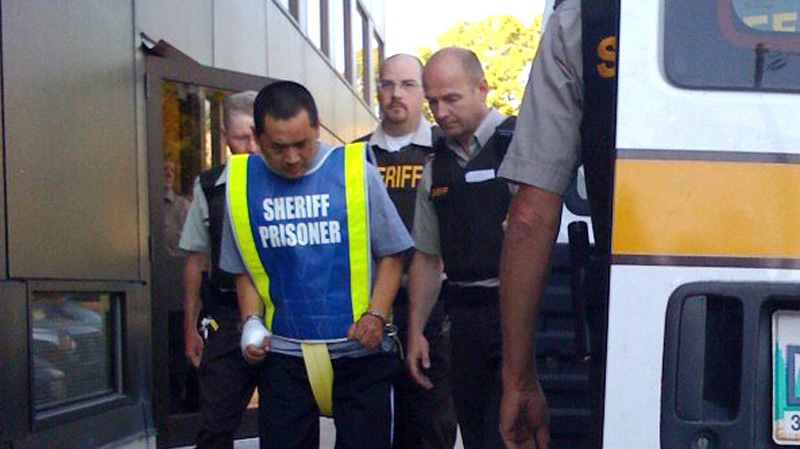 WINNIPEG -- A man found not criminally responsible for the beheading of a fellow bus passenger in Manitoba may soon be allowed to go to the beach and to Winnipeg.

Vince Li has already been allowed short escorted trips from the mental hospital where he is staying into nearby Selkirk.

His treatment team is asking that Li be allowed to go further -- into Lockport, nearby beaches and into Winnipeg.

Li would be escorted by a security guard and a hospital worker at all times, but the supervision would no longer be one-to-one -- other patients would be on the trip.

Li's psychiatrist Dr. Steven Kremer says Li has had no trouble with staff or other patients, has had no hallucinations in more than a year, and is a "low risk" to reoffend.

Li was an undiagnosed schizophrenic in 2008 when he stabbed, beheaded and cannibalized Tim McLean on a Greyhound bus near Portage La Prairie.