Toronto-Zurich flight diverted to N.L. due to unruly passenger 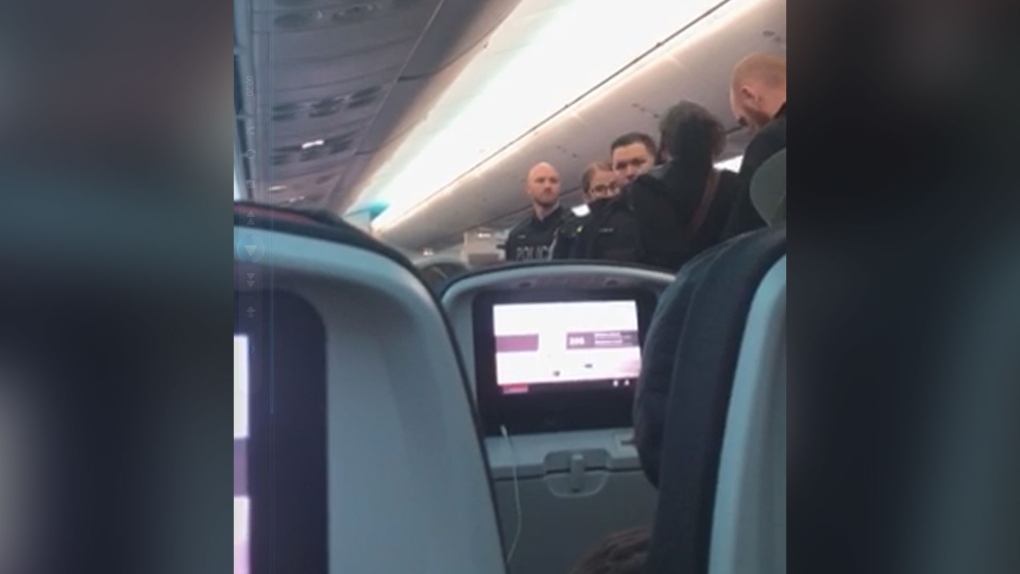 Police are seen escorting a man off of a Zurich-bound flight after it was forced to touch down in N.L. due to an unruly passenger.

A flight from Canada to Switzerland was diverted and delayed due to the actions of an allegedly unruly passenger.

The plane took off from Pearson International Airport in Mississauga, Ont., Sunday evening, bound for Zurich.

It made an unscheduled landing at St. John’s International Airport about 2.5 hours later. Const. James Cadigan of the Royal Newfoundland Constabulary says police officers were called to meet the diverted flight “due to an intoxicated and disruptive passenger.”

A passenger on the Air Canada flight, Sarah Henshaw, said the man in question was sitting three rows ahead of her.

She told CTVNews.ca that the man had tried to sit in the wrong seat on the full flight and annoyed other passengers by playing music loudly, making “weird noises” and demanding to be served alcohol.

“There were just numerous situations where flight attendants had to deal with this man on board,” Henshaw said in a telephone interview.

The man started vaping at one point, Henshaw said. Air Canada does not allow e-cigarette use on its flights.

Henshaw said several flight attendants and the plane’s pilot attempted to calm the man as the aircraft made its way across Eastern Canada.

“We were just about to hit the Atlantic Ocean when they decided we had to go 35 minutes south to St. John’s for a stop,” she said.

Ahmed Khassim, 29, was arrested after the plane landed in St. John’s. Khassim appeared in court Monday, and faces a charge under the Aeronautics Act for allegedly engaging in behaviour that endangered people on a flight.

According to Air Canada, the plane refuelled and continued on to Zurich following the man’s arrest. Its 287 remaining passengers landed in Switzerland about three hours behind schedule.