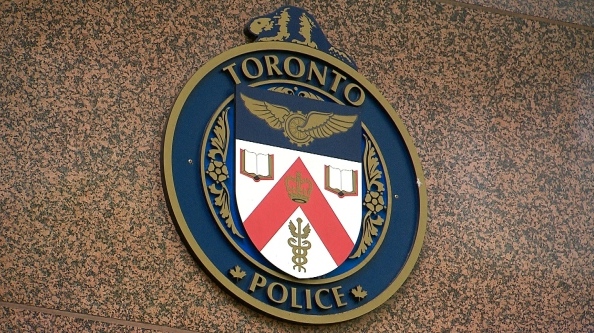 The logo for Toronto Police Service is seen in this undated file image.

TORONTO -- A Toronto woman says her dog was stolen from her while she was napping on the subway.

Alberta Bakker says she was travelling south from Eglinton station in the city's Midtown neighbourhood, when she dozed off with her chihuahua mix Malachi on her lap at around 6:30 p.m. Saturday.

When she woke up at St. Andrew station downtown, her eight-year-old chihuahua mix, and her iPad, were gone.

She says she doesn't care about the iPad, but she's desperate to get her dog back.

Bakker says she has reported the incident to police and animal services. Malachi's ID number is 833842.

The theft comes days after a Siberian husky mix was stolen outside of an east Toronto store, only to be later found by a Good Samaritan and reunited with his owner.