Toronto asks Ottawa, province for help to deal with influx of refugees 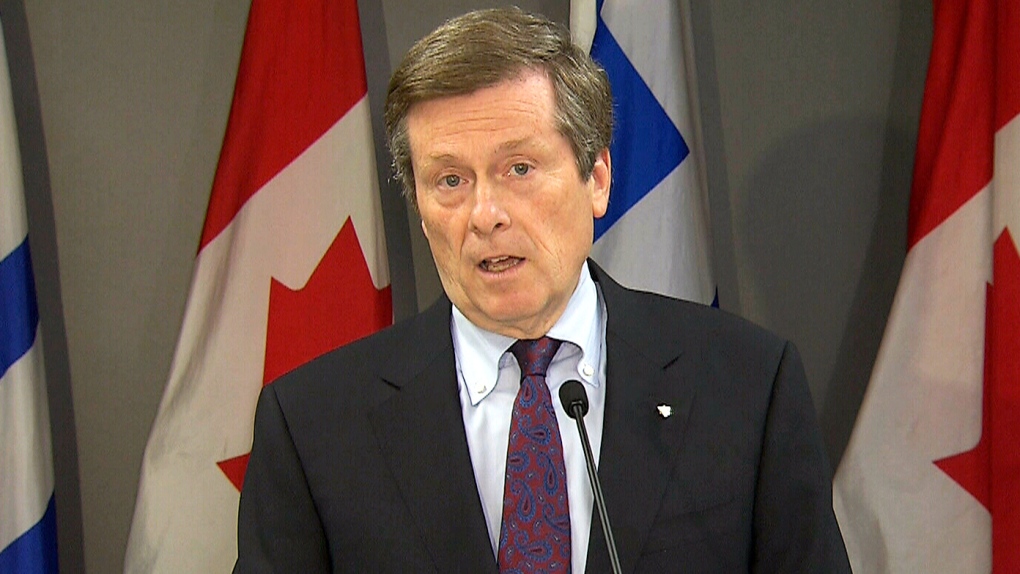 TORONTO -- The mayor of Toronto says the city will need to open an emergency reception centre over the next seven days to deal with an influx of refugees claimants.

The federal and Ontario governments should take action to relieve the growing pressure refugee claimants are putting on the city's shelter system, John Tory said Friday, as he asked for support with the issue.

At the current rate of arrivals, Tory said Toronto projects that refugees will represent more than 50 per cent of the city's shelter residents by November.

"Toronto is a city built by immigrants -- many who came from around the world as refugees," Tory said.

"We want refugees to be as big a success story for Canada as have been prior generations of refugees," he said. "But the responsibility for that outcome now lies with our provincial and federal partners."

Tory said he's looking for a number of things from Ottawa and the province, including co-ordination and leadership to help with the immediate placement of new arrivals outside of the city's shelter system.

He also wants dedicated provincial and/or federal staff to facilitate and operate the placement, sustainable funding, and reimbursement of all costs, including those incurred in 2017 and projected for 2018.

A spokeswoman for Immigration, Refugees and Citizenship Canada said Minister Ahmed Hussen has spoken regularly with Tory, including as recently as Thursday.

"We are also working closely with the government of Ontario to establish a triage system, which will ensure that we are using resources efficiently," Beatrice Fenelon said in an email Friday.

"Toronto has a long history of welcoming refugees and newcomers, and in recent months has accommodated many asylum seekers in their already strained shelter system," Fenelon added.

"We continue to monitor the situation closely."

A spokesman for Ontario's Ministry of Citizenship and Immigration said officials have been working to find possible sites to accommodate asylum seekers entering Toronto.

"Officials have identified several hundred spaces in college and university residences that the city could utilize for shelter space," Matt Gloyd said Friday in an email.

These sites were shared with municipal officials almost a week ago, Gloyd said.

A spokeswoman for Progressive Conservative Leader Doug Ford said that Ford would be willing to discuss the issue to ensure Toronto receives the funding it needs if his party wins the June 7 election.

A spokesman for NDP Leader Andrea Horwath said Friday that Horwath stood by her statement last month that she would "be happy to sit down with Mayor Tory once elected to figure out how we can help support this city."