Toronto-area home sales and prices down from year ago levels: board 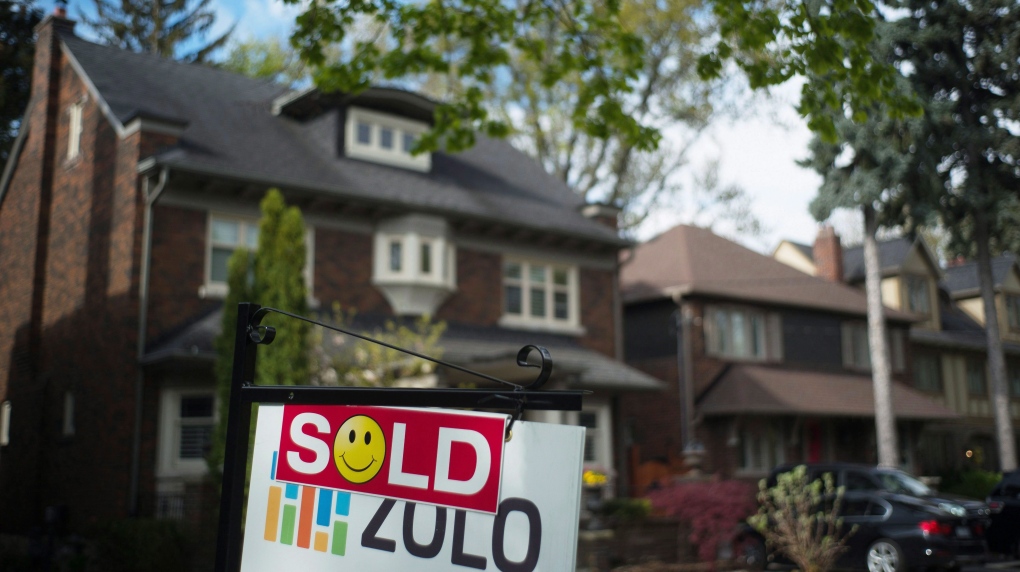 TORONTO -- The Toronto real estate market appears to be stabilizing after last year's frenzied pace of sales and skyrocketing prices, but transactions have still sunk to their lowest level since 2009.

The Toronto Real Estate Board revealed Thursday that the market saw 7,792 transactions in April, a 32.1 per cent drop from the same period last year when 11,468 homes were sold and a 1.6 per cent decrease from the month before. The average home price has similarly fallen by 12.4 per cent from last year and 0.2 per cent from March to reach $804,584 in April.

TREB described the month-over-month changes as "minimal" and said sales trends have "flattened out" from the steeper drop-off seen in January and February -- an indication that the market could be slowly climbing out of the sluggish state it was in at the start of the year and correcting the overheated conditions that pushed the province and mortgage regulators to introduce cooling measures last year.

Activity dropped off in the opening months of the year after cooling pressure at the federal level, including a financial stress test for buyers implemented Jan. 1 for federally-regulated lenders and increases in both variable and fixed-rate mortgage rates as a result of moves by the Bank of Canada and fluctuations in the bond markets.

"While average selling prices have not climbed back to last year's record peak, April's price level represents a substantial gain over the past decade," said TREB president Tim Syrianos.

However, he said the MLS home price index composite benchmark, which strips out the impact of changes in the mix of home sales, was down 5.2 per cent compared with a year ago and the number of new listings in April had plunged to 16,273, a 24.6 per cent decrease from the 21,571 listings seen last year at the same time.

The Real Estate Board of Greater Vancouver said Wednesday that this was its weakest April for single-family home sales in nearly 30 years. Only 171 detached homes in the city were sold that month and regional sales fell to a 17-year low for April. The board said 2,579 detached properties, townhouses and condominiums sold last month in Metro Vancouver, down 27.4 per cent from April 2017.

By contrast, sales in Ottawa's real estate market fared much better in April. Its real estate board announced Thursday that sales reached 2,032 last month, up 13.6 per cent from last year, and the average home price rose by 4.2 year-over-year to hit $455,212.

Those kinds of drops "mask the fact that market conditions should support moderate increases in home prices as we move through the second half of the year, particularly for condominium apartments and higher density low-rise home types," said Jason Mercer, TREB's director of market analysis.

His comments are in line with the rising prevalence of condo sales, which are increasingly being eyed by prospective buyers, searching for moderately-priced housing options in a market where affordable housing is more of struggle to find than in other Canadian cities.

TREB pleaded for parties running in the Ontario's June election to turn their attention to housing, despite the Liberal government' newly-enacted measures last April that included taxes on vacant properties and a non-resident speculation tax, as well as the introduction by mortgage regulators of a stress test for uninsured borrowers at the start of the year.

"We believe the next step should be tax relief, especially from land transfer taxes, both provincial and the Toronto land transfer tax, and efforts to facilitate an increase in the supply of missing middle housing that fills the gap between single family homes and high rises," said Syrianos.

"Furthermore, we believe that any attempt to increase the Toronto land transfer tax should require approval from the provincial government, given the significance of Toronto's economy to the province and the connections between the Toronto real estate market and that of the broader GTA."