Three decades after Expo 86, McBarge to get retrofit 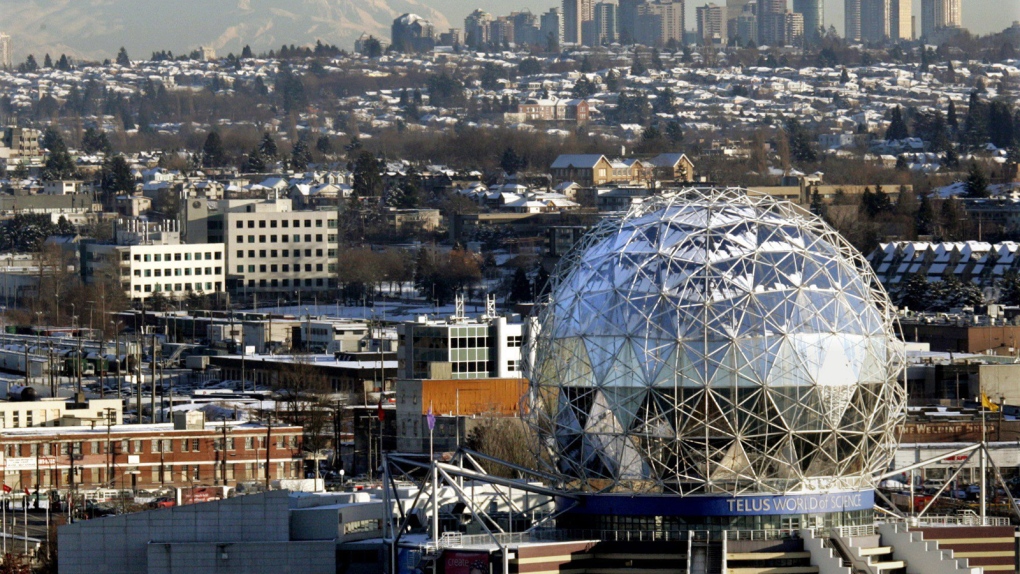 The Science Centre, formerly the Ontario Pavillion, during Expo 86 sits covered in snow with the Burnaby skyline and Mount Baker in the background in Vancouver Thursday January 11, 2007. (CP PHOTO/Chuck Stoody)

VANCOUVER - A floating fast food restaurant that hasn't served a customer since it starred at Expo 86 in Vancouver nearly 30 years ago, is about to get a multimillion dollar facelift.

The derelict vessel, dubbed McBarge, is being towed from its current location on Burrard Inlet in Burnaby, B.C.

Port Metro Vancouver says the move began early Tuesday and could take up to 24 hours to relocate McBarge to an industrial facility on the Fraser River in Maple Ridge, about 45 kilometres east of Vancouver.

The 57-metre, two-storey glass and metal barge was used as a floating MacDonald's restaurant during the world's fair held on the shores of Vancouver's False Creek in 1986.

It remained docked in False Creek for several years before complaints about its deteriorating condition prompted the move to Burrard Inlet.

After the failure of a previous plan to use McBarge as a pub in Mission, owner Howard Meakin isn't releasing specifics about the vessel's future, but predicts the refit will make it a popular attraction at its next location.