This summer will be warmer than last year's, meteorologist says 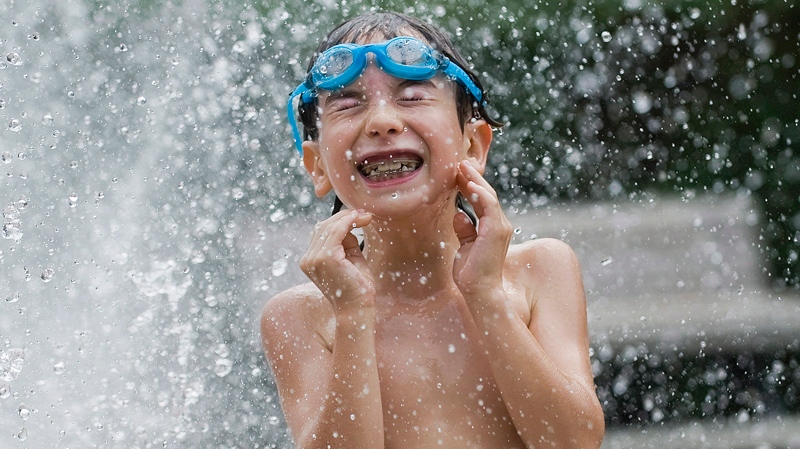 Environment Canada says there should be plenty of days to enjoy fun in the water this summer. The weather agency is predicting above normal temperatures for most of the country. (File/THE CANADIAN PRESS)

One of Canada's most high-profile weather forecasters says that while spring may have been slow to start, it will be a hot summer throughout much of the country.

The Weather Network says the season's forecast calls for a slightly warmer version of last year's summer in most parts of Canada.

Chief Meteorologist Chris Scott predicts warmer weather than 2017 across the country, with two big exceptions: the area surrounding the Hudson Bay, which Scott says will be slightly cooler that last year; and Manitoba, which is expected to remain consistent with last year's weather.

Scott predicts that British Columbia, Alberta, Saskatchewan, Yukon and the Northwest Territories will see the most significant heat, and could be at risk for drought and wildfires as a result.

The central and eastern provinces, particularly the southern regions of Ontario and Quebec, will have a stormy summer, but Scott says that doesn't mean it will rain all that often -- just that the storms that do occur will likely be intense.

"There'll be a lot of really great days," he said. "We think this will be a 'When it rains, it pours'-type scenario."

The first half of the summer is expected to be warmer than the second half in Ontario and Quebec, where Scott said fall may start early.

The eastern provinces will be warmest in July and August. Nova Scotia and the southern parts of Newfoundland will be most affected by warmer weather, particularly at night. Scott said the Atlantic provinces can also expect some periods of heavy rainfall.

That precipitation marks "a contrast to the signal for dryness across southern B.C. (and) the grain belts of the Prairies," he said.

Hot, dry conditions like the kind expected in western Canada have the potential to lead to wildfires, particularly in July and August.

"Signals are concerning for the west," Scott said. "You've got a combination of hot temperatures, drought (and) fuel to burn."

Scott also said the dry weather will affect agriculture in the Prairies, where drought conditions have already begun in several regions.

Hurricanes are also a possibility for the summer, although Scott said it's unlikely to be a "wildly active" hurricane season. And potential hurricane will probably not be as destructive as any of the storms that occurred last year, he said.

That's due in part to the fact that El Nino won't be a very big factor in this year's weather patterns, while La Nina -- colder-than-average surface temperatures in the Pacific Ocean -- is weak this year.