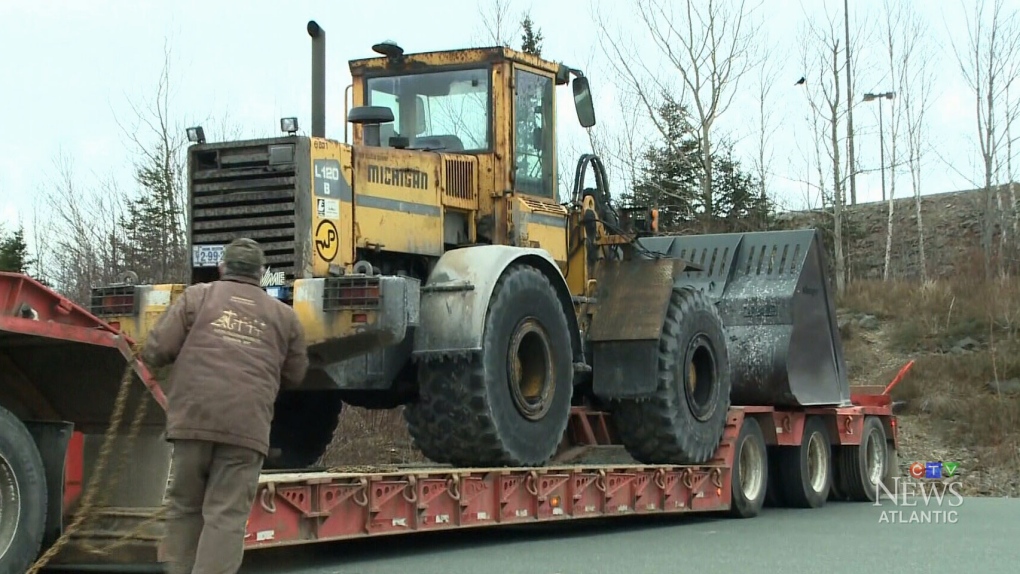 Police in St. John's say front end loaders were used to break into a grocery store and a bank over the weekend. That comes almost exactly a year after a front-end loader, shown here, was used in an early morning rampage against a home on Nova Scotia’s Cape Breton Island on Jan. 15, 2018.(CTV Atlantic)

ST. JOHN'S, N.L. -- There's a new tool of choice for thieves in Newfoundland: the front-end loader.

Police say the heavy machinery was used in a pair of brazen break-ins this weekend in St. John's.

A front-end loader was used to break into a Sobey's grocery store on Kelsey Drive at about 5:30 a.m. Monday.

The store, which has both an ATM and pharmacy, was heavily damaged.

The Royal Newfoundland Constabulary says a loader was also used early Sunday to get through an exterior wall of a bank in the city's east end.

Police say the loader busted through the front of the TD Canada Trust bank sometime between 3 a.m. and 5 a.m.

It wasn't clear if anything was taken, but crews said several ATMs inside were heavily damaged.

In both cases, the equipment was left running nearby after suspects fled the scene.