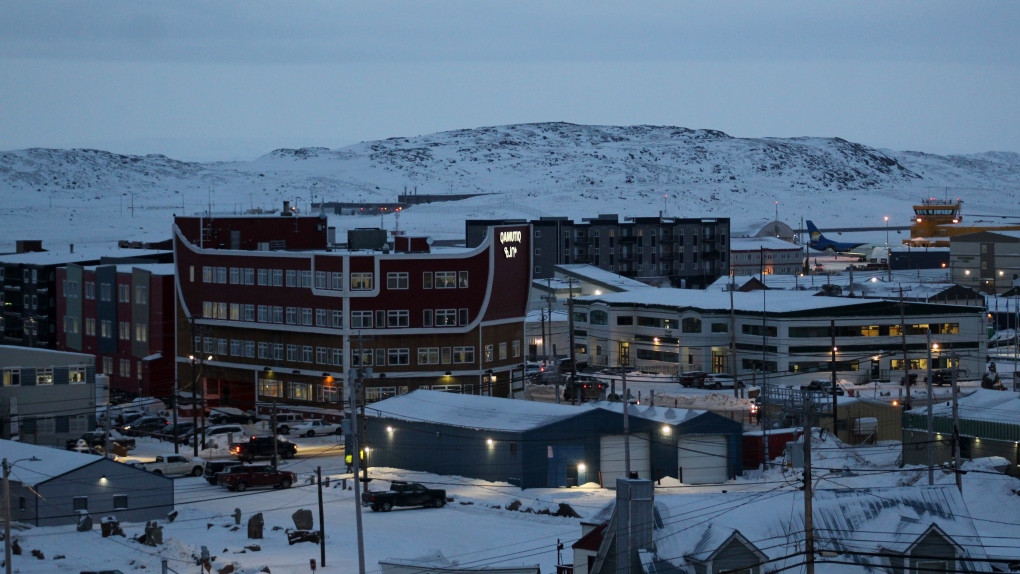 IQALUIT -- Caribou stew simmers on a stove top while a staff member chops vegetables in an empty dining room, the sounds of his blade echoing off the walls as it hits the cutting board.

This is the scene at Iqaluit's Qajuqturvik Community Food Centre from Sundays to Thursdays. Nunavummiut usually arrive around noon to gather at tables and enjoy meals that can include stew, green salad and freshly baked buns. The people aren't necessarily homeless, but some of them don't always have enough to eat.

Qajuqturvik also offers a range of community programming, including cooking classes for kids, a food skills program and a pre-employment training program.

But with Nunavut in a territorywide shutdown, Qajuqturvik's dining room is closed. Public health orders restrict gatherings, so the centre has stopped its programming and meals are only available for takeout.

The shutdown started last Wednesday after COVID-19 cases started rising in the Kivalliq region on the western side of Hudson Bay. As of Tuesday, there were 142 active cases in the area, 107 of them in the community of Arviat.

There hadn't been any in the territory until the beginning of November.

All schools and non-essential businesses are shuttered. The hospital in Iqaluit and community health centres are taking patients only by appointment or in an emergency.

"Food security is always an issue for people, but I think the bigger issue now is people's mental health," Thorhaug said in an interview.

Thorhaug said the shutdown has left people seeking shelter with nowhere to go.

"It's hard for us to leave them in that situation, when someone is couch-surfing or doesn't have a stable place to stay or can't even come in here as a place of respite because it's not allowed."

Thorhaug said one man was flown to Iqaluit because of a lack of housing in his community. He hoped to stay at Iqaluit's men's shelter, but it can't accept any new clients during the shutdown.

Iqaluit also has two women's shelters and a "low-barrier" shelter that opens from 8 p.m. to 8 a.m. each day. It's part of a harm reduction program that gives homeless people who may be under the influence of alcohol or drugs a safe place to stay.

"His only option was the low-barrier shelter ... but that leaves him with several hours where he's in a community where he doesn't know anybody, carrying around a suitcase," Thorhaug said.

"All institutions in the city that would have been reliable places to even just come in and warm up or just hang out for a bit are all closed."

Thorhaug said it's important to stick to public health guidelines as the territory tries to cope with increasing cases of COVID-19.

"At the same time, we do acknowledge that there are people for whom these spaces are lifelines."

Having a place to stay becomes even more critical as temperatures drop, he added.

"In weather like this, we do have to think about places for people to go. Not everybody has a place where they can stay for the duration of the lockdown."

Nunavut went through a similar shutdown in the spring as the pandemic first swept across the country, but restrictions were lifted because there were no cases.

Dr. Michael Patterson, Nunavut's chief public health officer, says this second round of restrictions is likely to be lifted in regions with no cases of COVID-19 as of Dec. 2.