These are the fastest-growing regions in Canada 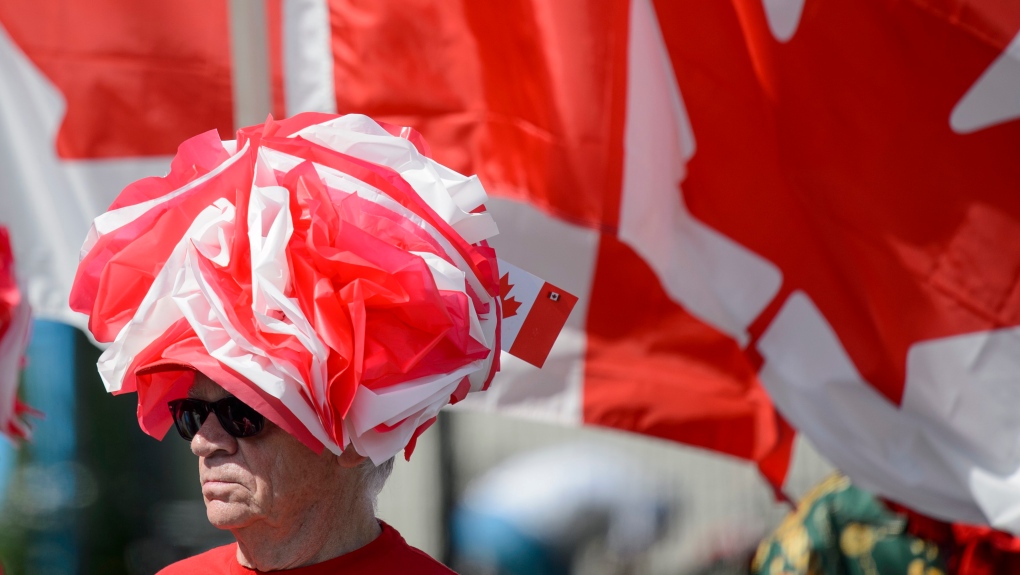 TORONTO -- Canada's population growth is being felt most in the nation's cities – but not necessarily the biggest cities.

New population estimates from Statistics Canada break down the country's population as of July 1, 2019, in each of the city's largest population centres, which it refers to as census metropolitan areas (CMAs).

These 35 CMAs are home to more than 70 per cent of Canada's population, and their share is getting bigger. Their population increased by 1.7 per cent between July 2018 and July 2019, as compared to 0.6 per cent population growth in the more rural areas not covered by CMAs.

One CMA clearly led the way when it came to population growth: Kitchener, Cambridge and Waterloo, Ont. added 2.8 per cent more residents during the year, well ahead of the 2.3-per-cent growth rate in London, Ont. and the Ontario portion of Ottawa-Gatineau. Halifax, Saskatoon and Edmonton rounded out the top six cities for population rate growth.

According to the Statistics Canada data, which was released Thursday, immigration was responsible for almost all population growth in the 35 CMAs, but only about half of the growth in non-CMA areas. This suggests that immigrants are drawn to urban areas and that newcomers to more rural parts of Canada are more likely to have last lived in another part of the country.

This image from Statistics Canada shows the 2018-2019 population growth rate in each CMA: 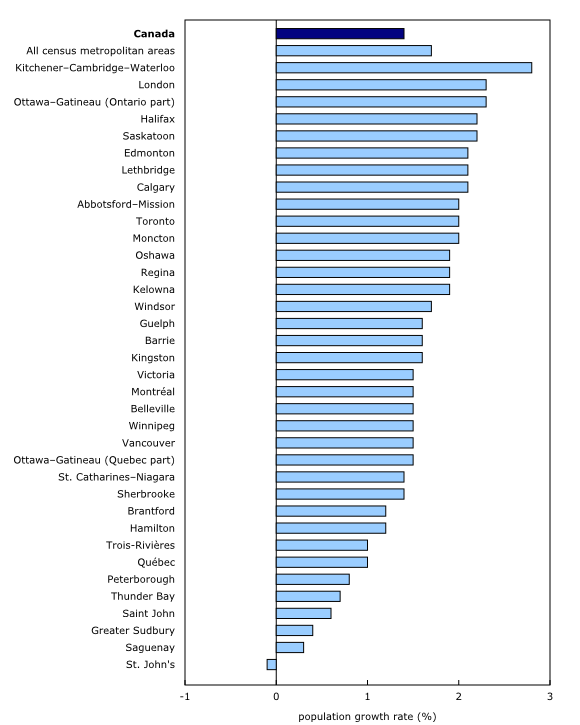