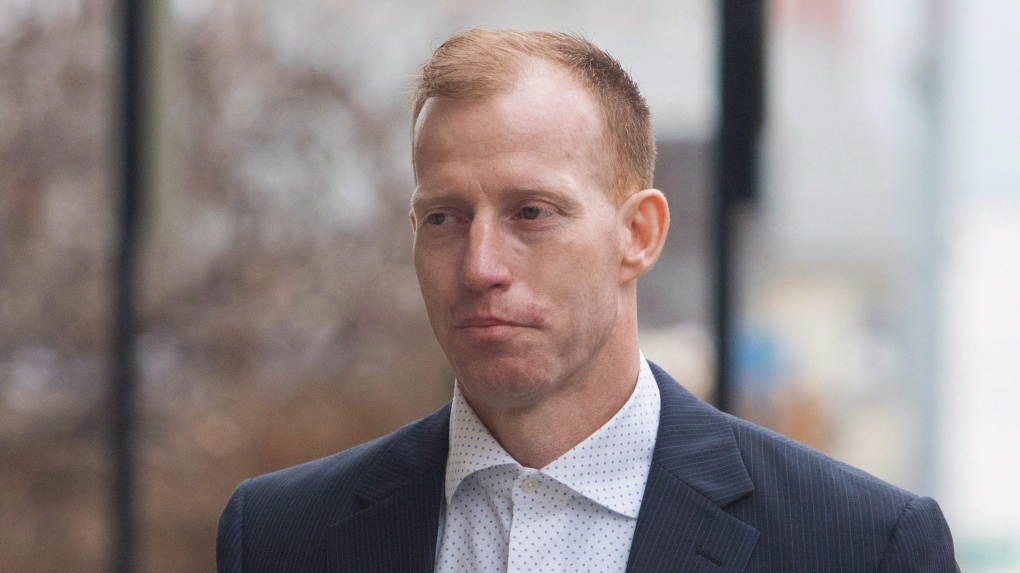 OTTAWA -- OTTAWA -- Bret McCann had planned to stay awake at his home in Australia to find out whether the Supreme Court of Canada would hear an appeal by the man convicted of killing his parents.

Instead, he dozed off -- but the news that the court had turned Travis Vader down still came like a dream come true.

"I'm terrific," he said from his home in Melbourne, where it wasn't yet 3 a.m. when he got the news.

"I just got up 10 minutes ago and saw the note from the Crown attorney. It's just terrific news and I'm still absorbing it here.

"Just before Christmas, it's terrific."

In 2016, Vader was convicted of manslaughter in the deaths of Lyle and Marie McCann, who were in their 70s when they vanished after leaving their home in St. Albert, just north of Edmonton, in July 2010.

The couple was last seen fuelling up for a camping trip to Abbotsford, B.C. Their burned-out motorhome and a vehicle they were towing were later discovered in the bush near Edson, about 200 kilometres west of the city.

Their bodies have never been found. For years, the McCann family paid to have highway billboards put up asking for information that could help find them.

"It's always the first topic of conversation," said Bret McCann.

"Last summer we spent a day with my aunt in Edmonton and my uncle came over as well and we spent the whole afternoon talking about it. It's 10 years ago, but it's topmost in my aunts' and uncles' minds, and I think about it all the time."

If Vader's trial had been a TV legal drama, its twists and turns would have consumed an entire season.

Shortly after the McCanns' SUV was found, Vader was declared a person of interest and arrested on unrelated charges. He was eventually sentenced to nearly three years for arson and break-and-enters.

In 2012, he was charged with first-degree murder in the McCann case. Shortly after, he was convicted of earlier drug, theft and weapons offences.

But before he was sentenced on those charges, a mistrial was declared. Vader filed a lawsuit that claimed RCMP and justice officials had trumped up charges against him so they could keep him in jail until murder charges could be laid.

Two years later, the murder charges were stayed just days before trial was to begin. Mounties had failed to disclose evidence to Vader's lawyers. Vader filed another lawsuit.

In the fall of 2014, Vader was found not guilty after a second trial on the drug charges. He was released for the first time in four years, but was rearrested within weeks in the McCann case.

The trial finally began in March 2016.

Vader was convicted of second-degree murder. But the judge had mistakenly found him guilty under an outdated section of the Criminal Code, so he replaced the verdict with one of manslaughter and sentenced Vader to life. Parole eligibility was set at seven years.

Vader still has one court date. On Tuesday, he is to appeal his sentence before the Alberta Court of Appeal.

He also has a parole hearing in the new year.

"I'm hoping that the parole board would take into consideration the fact that he's never revealed where my parents bodies are and has shown no remorse," McCann said.

"I think that's a huge sign he hasn't been rehabilitated."