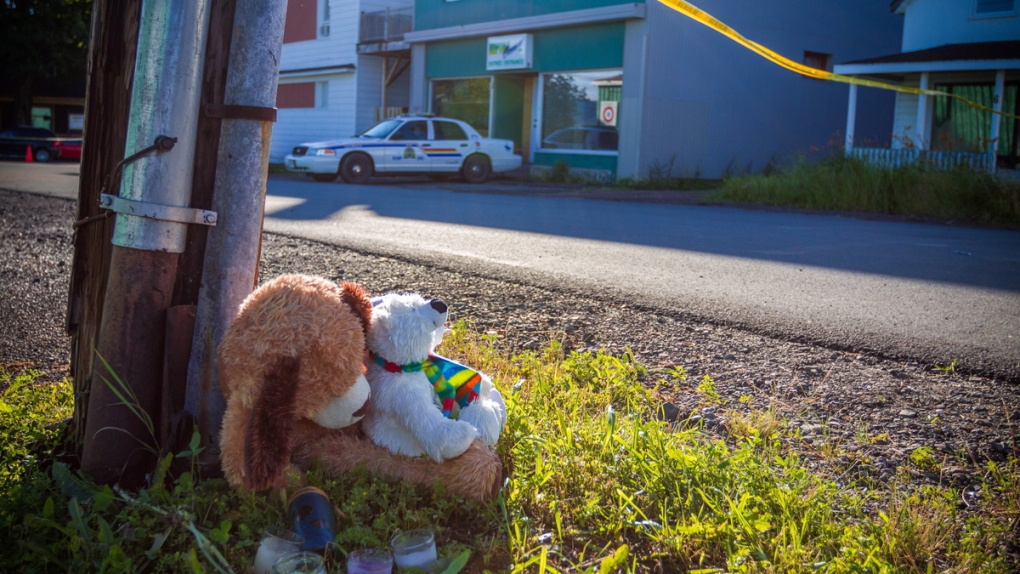 FREDERICTON -- The New Brunswick government appointed a task force Wednesday to examine the province's exotic animal laws and regulations following the deaths of two boys who were asphyxiated by an African rock python last August in Campbellton.

Bruce Dougan, the manager of the Magnetic Hill Zoo in Moncton, will be the chairman of the six-member task force.

"I'm sure there are some things that could have been done to have prevented that tragedy and we will be looking at everything that we possibly can to make sure it doesn't happen again," Dougan said.

The announcement of the task force comes following news the RCMP has completed its investigation into the deaths of Noah Barthe, 4, and his six-year-old brother, Connor.

They were killed after the huge snake escaped its enclosure inside an apartment where they were staying for a sleepover.

African rock pythons are not permitted in New Brunswick.

Lori-Jean Wallace, a spokeswoman for New Brunswick's Crown Prosecutors Office, issued a statement Wednesday confirming that the RCMP file had been received and is being reviewed to determine if charges will be laid.

"As with all cases, they are reviewed carefully and in a time-appropriate manner," she wrote.

The python was owned by Jean-Claude Savoie, a friend to the children.

Savoie's lawyer, Leslie Matchim, spoke out on the case in May saying he was told by the RCMP in December that there would be no charges against his client.

On Wednesday, Matchim said it is disconcerting to learn that police are now saying that no decision on charges has been made.

"I really don't know what to make of it," he said. "I can certainly confirm that I have not been contacted by the RCMP to inform me that what they told me earlier is no longer valid or is going to be disrespected."

Matchim said his client had been relieved to hear of a decision against charges, but now that worry has returned.

"He has been left in limbo for months," Matchim said.

RCMP Const. Jullie Rogers-Marsh said the circumstances in some cases can change if new information is received, but she would not say if that had happened with this case.

"I can tell you that as of today the decision on whether charges will be laid has not yet been made," she said.

Natural Resources Minister Paul Robichaud said the task force will review existing legislation to determine if any changes are needed to oversee captive exotic animals in the province.

Dougan said the mandate is broad and the task force will compare New Brunswick's regulations with those in other provinces.

"We'll be looking at every jurisdiction from coast to coast to see what has not worked for them in the past, what they have on the books that they consider to be best practices and trying to adopt some of those best practices," he said.

Dougan said he would try to organize the first meeting as soon as possible and said it would take at least six months for the task force to produce a report.

"We're very hopeful that this task force will break new ground, not only for New Brunswick but, in fact, for the rest of the country," he said in an interview from London, Eng.

Bergamini said he also hoped the federal government would be involved because of the movement of animals across provincial borders.

New Brunswick Premier David Alward said he was pleased the task force had been announced. He said it could not have been announced sooner because they wanted to ensure they didn't interfere with the RCMP investigation.

"It was important for us to allow the investigation to follow its course," Alward said.

"The Crown prosecutors will now evaluate and move forward."