Suspended senator Patrick Brazeau to testify at his criminal trial 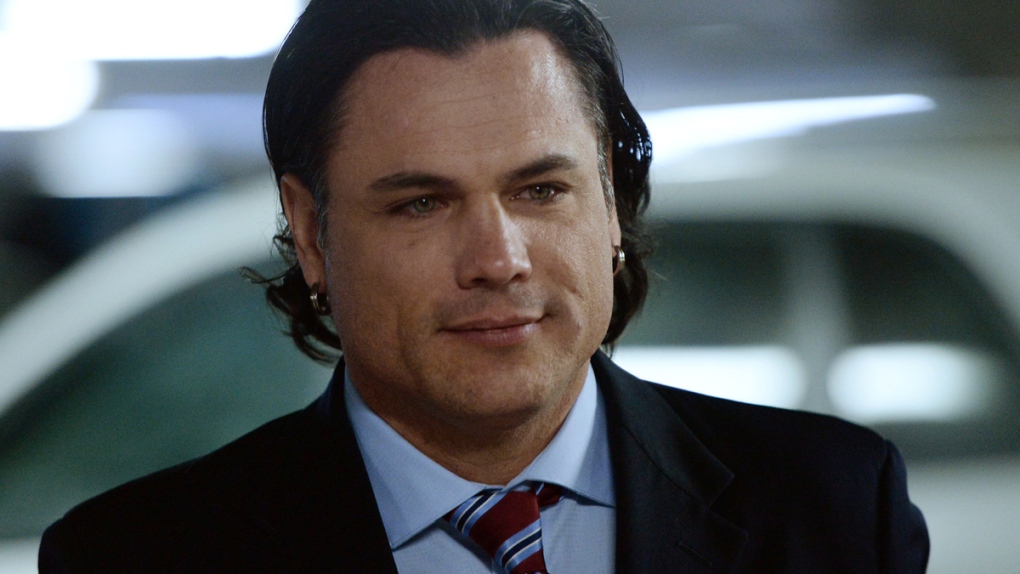 GATINEAU, Que. -- Suspended senator Patrick Brazeau will testify in his own defence at his ongoing trial for charges of assault and sexual assault, his lawyer said Thursday.

Defence attorney Gerard Larocque told reporters outside the courtroom, during a break, that Brazeau will take the stand during the criminal trial, which is by judge alone. He is not expected to testify Thursday.

Brazeau faces charges connected to an alleged incident two years ago at a home in the same city, near Ottawa. He has pleaded not guilty.

Larocque continued his cross-examination Thursday of the Crown's main witness -- Brazeau's alleged victim -- during the fourth day of the trial in Gatineau, Que.

The female complainant, whose identity is protected by a publication ban, has alleged that Brazeau pushed her down some stairs, hit her head into a wall and on a stair, spat on her and sexually assaulted her.

Last week, Larocque suggested during the trial that the woman instigated the physical confrontation that led to his client's arrest. During his cross-examination, he accused her of striking Brazeau with her hand and a bra.

On Thursday, Larocque also told journalists outside the courtroom that Brazeau allegedly suffered injuries that day, including marks on his head and neck.

Inside the courtroom, he continued his attempts Thursday to poke holes in the woman's story by highlighting potential contradictions in remarks she made in several police statements and interviews, as well as the 911 call the day of the alleged incident.

In one exchange, the lawyer pointed out that she hadn't informed police in earlier statements about allegations she made during the trial -- that Brazeau hit her forearms with his hand several times to try and get her to let go of a railing.

The woman replied by saying she only gave general details of the alleged assault in her statement to police in February 2013.

"I simply told them I was hit," she told the court.

"At no moment was I asked for specific details."

In another example, Larocque grilled the witness when she apparently revealed for the first time that she spat back after Brazeau allegedly spat on her.

He told her he didn't recall her telling any authorities, in statements nor in interviews, before Thursday that she spat at Brazeau. Larocque asked her if she recalled mentioning it to authorities.

"Right now, I can't remember if I spoke about spitting at that moment in time," the woman said.

The attorney also challenged the complainant's response to the 911 operator's question to her shortly after the alleged attack. Larocque tried to expose a contradiction, saying that when the operator asked her if Brazeau had hit her in the face, she replied that he hadn't.

He then showed the courtroom a segment from the her videotaped interview with police.

"He did this to my face," the woman tells her police interviewer in the footage, as she's shown patting her own cheek with an open hand to demonstrate.

After viewing the video, the woman told the court that she couldn't remember some of the details from that day.

Larocque has also challenged the woman's credibility last week, saying she kept authorities in the dark about some details of the incident.

During last week's cross-examination, Larocque accused the woman of hitting Brazeau after he demanded she return a necklace he had given to her as a gift. She denied that allegation.