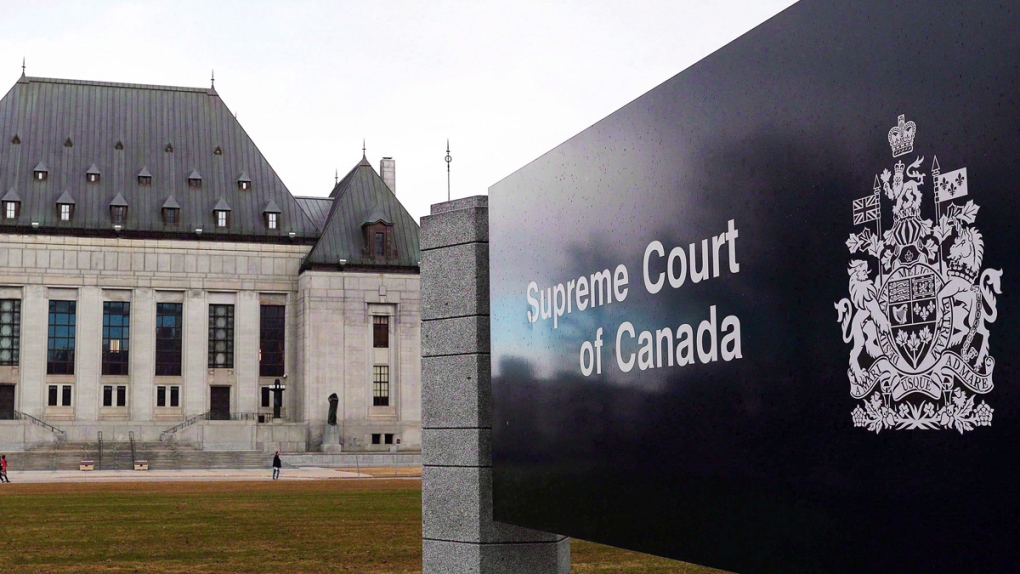 The Supreme Court of Canada in Ottawa, on April 14, 2015. (Sean Kilpatrick / THE CANADIAN PRESS)

OTTAWA -- The Supreme Court of Canada has agreed to hear an appeal in the case of an Ontario trucker who was acquitted in the death of an Indigenous woman in an Edmonton motel room.

In March 2015, Bradley Barton was found not guilty by a jury in the death of Cindy Gladue, a sex-trade worker whose body was found in a bathtub. Gladue bled to death after a night of what Barton called consensual rough sex.

Barton, who called the fatal injury accidental, was acquitted of both murder and manslaughter.

The Alberta Court of Appeal ordered a new trial. It ruled that serious errors were made during the trial and in the judge's charge to the jury about Barton's conduct and the sexual assault law as it pertains to consent.

That decision -- the one that will now be appealed before the high court -- said the errors affected the jury's ability to properly assess the evidence and apply the law correctly.

"Despite our society's recognition of individual autonomy and equality, there still remains an undeniable need for judges to ensure that the criminal law is not tainted by pernicious and unfair assumptions, whether about women, Aboriginal people, or sex-trade workers," said the written ruling from the Appeal Court.

"Failing to meet that need can undermine the jurors' ability to apply the law objectively and correctly. Regrettably, in this case, the jury charge was deficient in all these respects."

As usual in rulings on leaves to appeal, the Supreme Court gave no reasons for deciding to hear the case.

Barton's trial heard that he hired Gladue for two nights of sex in June 2011. He testified that during both nights he put his fist in her vagina, but on the second night she started bleeding.

Barton said when he woke up the next morning he found her dead in the motel room bathtub and called 911.

A medical examiner testified that an 11-centimetre cut in Gladue's vaginal wall was caused by a sharp object.

The controversial acquittal sparked an outcry and demonstrations in several cities.

"The #MeToo movement is calling for robust and perhaps wholesale changes to the law of consent in the context of sexual assault. The defence bar across the country is saying the law, as it is, strikes the right balance and there's no change necessary," Bottos said.

"This represents the Supreme Court of Canada's opportunity to weigh in on that and to say ... whether some tinkering of the law is required."

Julie Kaye, research adviser for the Institute for the Advancement of Aboriginal Women, said the decision to hear the appeal is "disheartening."

Kaye said the Supreme Court has already issued a number of rulings on consent and recognized racism and discrimination toward Indigenous women at criminal trials. The appeal means the Gladue family's pain over her death will be prolonged, she said.

"To put the family through another long process and to leave things up in the air for the Indigenous community when there is that body of evidence is difficult to take."

Lise Gotell, who chairs the Women's Legal Education and Action Fund (LEAF), said the ruling is disappointing because the organization believes the Alberta Appeal Court "got it right."

"This is a case that has critical implications for women's rights to bodily autonomy and also the rights of Indigenous women. And it was especially disappointing that this decision to grant leave would come on International Women's Day."

Bottos expects the high court will hear the appeal either late this year or early 2019.

By Ken Trimble in Edmonton