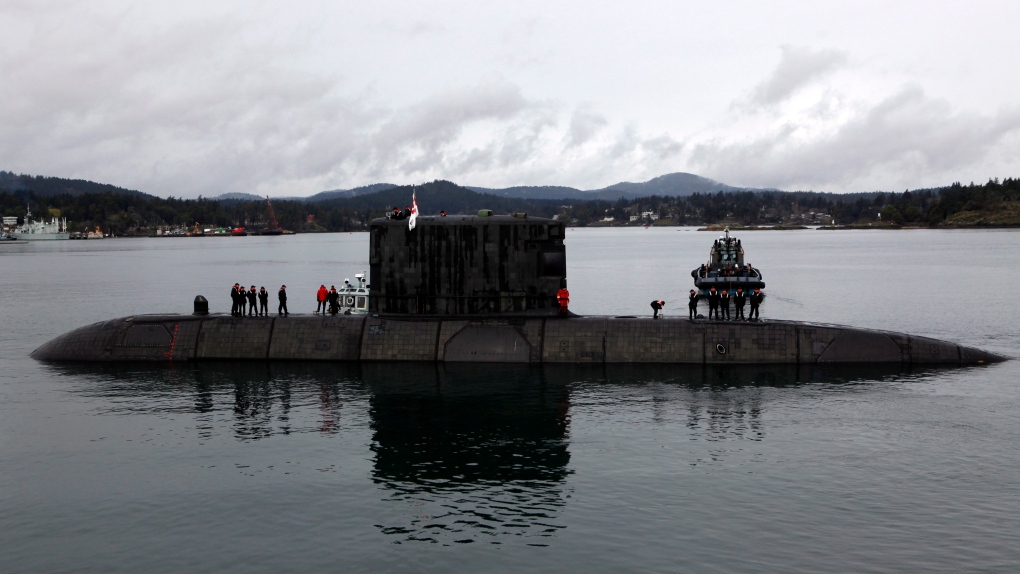 OTTAWA -- One of the navy's four submarines was hit Thursday by another naval vessel while docked at CFB Esquimalt in British Columbia.

A naval spokesman says HMCS Chicoutimi was docked in the harbour when an Orca-class training vessel that was moving at low speed bumped up against the sub.

Navy Lt. Greg Menzies says no one was injured, and that the two vessels sustained only minor scrapes, though a more detailed damage assessment of the submarine was being conducted.

Defence officials were investigating the cause of the crash.

The incident is the latest round of bad luck for Canada's submarine fleet, which has been plagued with breakdowns and other problems since the ships were bought from the United Kingdom in 1998.

The Liberal government says it plans to upgrade the subs so they can continue to operate into the 2030s, at which point the oldest will be more than 40 years old.