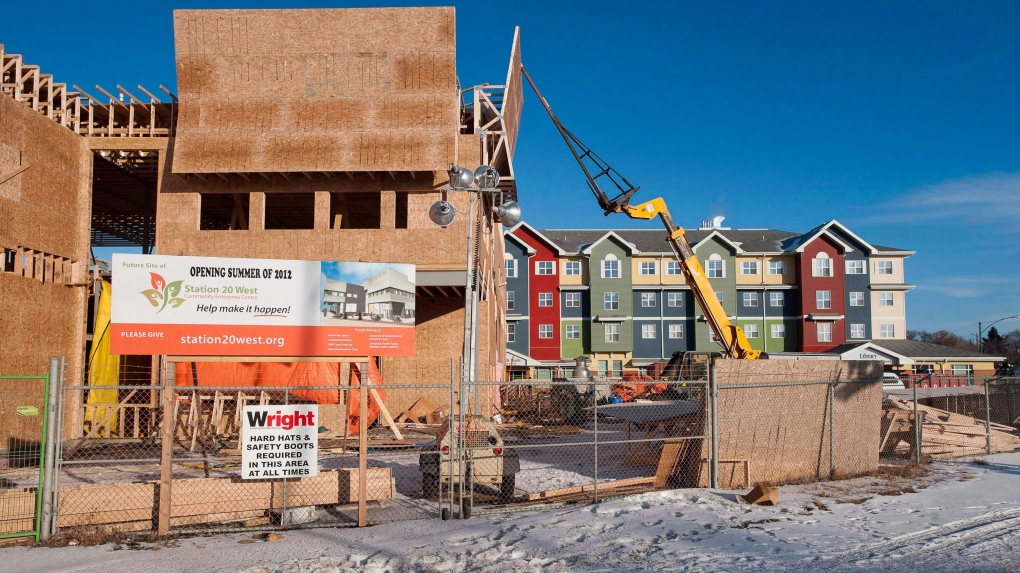 OTTAWA -- There is someone waiting on a list for affordable housing in more than 283,000 households across the country, Statistics Canada says in a new batch of data that also sheds light on what Canadians think about the cost of housing overall.

The survey data, the first of its kind on wait times for social housing, shows 173,600 households, or nearly two-thirds, were waiting at least two years.

Out of all those households, one-fifth were already in a subsidized unit and waiting to either move to a new home, or have someone from the household move out on their own.

Although they make up a small portion, there were some clear differences in perceptions of affordability.

Renters in social housing, in particular, reported being more satisfied with costs than those in the private market.

Tim Richter, CEO of the Canadian Alliance to End Homelessness, said they are some of the best numbers he has seen.

"It also points to the urgency of a federal government response, and that we should be doing as much as we can as soon as we can," he said.

The Friday release of the survey results coincided with "National Housing Day," which the Liberal government used two years ago to unveil its decade-long housing strategy that is now overseen by Ahmed Hussen, named as the new social development minister this week.

Liberal MP Adam Vaughan, who has been the government's point man on the file, said Friday on Twitter that a national urban Indigenous program would be "the next chapter" in the strategy, which the Liberals promote as carrying a $55-billion price tag.

On Thursday, Hussen said federal efforts would remain aimed at prodding construction of low-cost rental housing, as well as finding ways to spur innovation within the sector.

"The federal government's role is to be a strong and reliable and long-term partner," Hussen told reporters after a cabinet meeting, adding that he thinks the Liberals have done that over the past four years. "The key is to continue that, to increase those investments, to make sure that municipalities and communities can rely on us to really address the housing crisis in this country."

There are about 1.7 million households who live in "core housing need," meaning they live in a home that is too small or too costly.

Tim Ross, executive director of the Co-operative Housing Federation of Canada, said the survey results could push the Liberals to review timelines for building new housing and providing a new rent supplement since the money is already budgeted.

"Perhaps now there's an opportunity to fast-track some of that funding to build new supply to address the significant core housing need across the country, particularly those who are on wait lists for social and affordable housing," he said.

The data from Statistics Canada shows is that Canadians overall were largely satisfied with their housing, but less so when it came to the affordability and energy efficiency of their dwelling.

Satisfaction with affordability was lower in large urban centres like Toronto and Vancouver than in smaller, rural communities.

The study, conducted as part of the national housing strategy, said that some households dissatisfied with their homes are likely to move soon, including some into home-ownership -- but only those who can afford to do so.

"For other households who are not satisfied with their dwelling, moving may not be an option given personal circumstances, financial constraints and housing markets in their area," the study noted. "For them, housing dissatisfaction, and the circumstances underlying it, may constitute an ongoing source of disadvantage."

Federal officials are said to be close to finalizing details with provinces and territories on a portable rent supplement that could provide help directly to some of those households, instead of the subsidy being tied to a unit.

The Canada Mortgage and Housing Corp., which delivers the strategy's programs, teased in an online statement on Friday that it would soon have news about agreements with provinces and territories to "unlock more funding for community housing and provide direct benefits to low-income households."