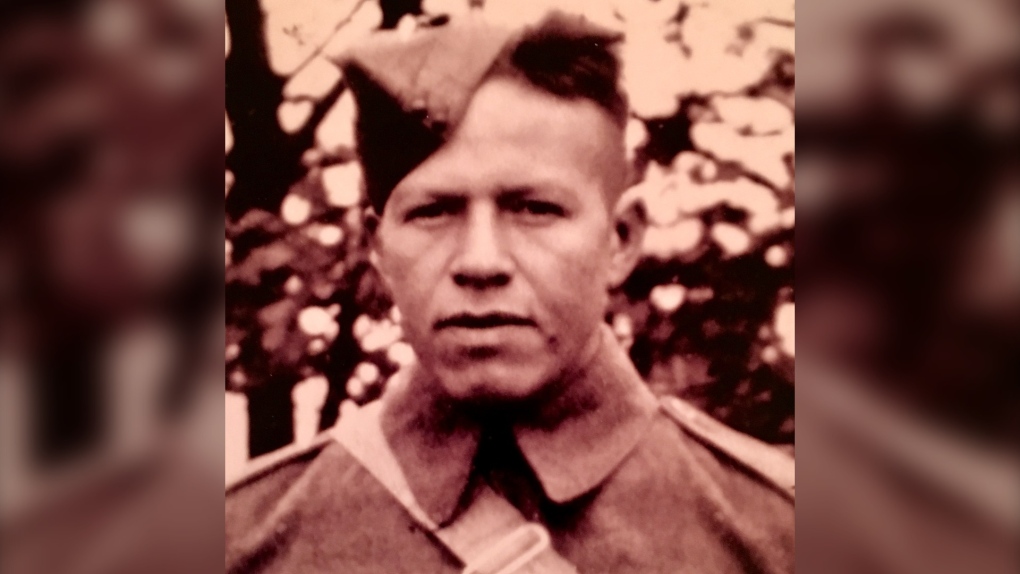 Charles Warren Bird, the father of CTV Regina's Nelson Bird, was an Indigenous soldier who stormed Juno Beach on D-Day in 1944.

My father was a quiet and humble man. For many years, he never spoke of the horrors of the Second World War. It was only near the end of his life that we finally learned what really happened on those front lines.

My dad, Charles Warren Bird, was born on Peepeekisis Cree Nation in Saskatchewan in 1919. He signed up to serve in 1941, before First Nations people were even considered citizens of Canada.

He was one of about 3,000 Indigenous soldiers who enlisted. At the time, people only left the reserve for two reasons: to give up their status, or to join the war.

On D-Day, he was a private with the Regina Rifles regiment during the bloody first wave of landings on Juno Beach. He was responsible for carrying a ladder. His partner was killed the moment they stepped off the boat.

He kept on going, even as he watched friends fall around him and the English Channel turn red with blood.

He survived D-Day but was wounded in the foot, leg and shoulder in the following weeks. That didn’t stop him from returning to battle in Northern France, where he nearly lost his life several times.

He was eventually captured as a prisoner of war, but was released and continued to fight until the liberation of Holland in May 1945.

He never forgot the bonds of brotherhood during that war. There were no racial barriers, he said, and he was treated like everyone else.

In 2005, I was fortunate enough to travel to France and trace his steps. I walked the exact same beach he landed on. And it was there I called him on my cellphone. We were both overcome with emotion, and his first question to me was, “Is that big house still there?”

I told him it was, and that I was looking at it.

I used that moment to thank him, and all veterans, for their service on D-Day.

In 2009, on October 23, he died in the veteran’s unit of Regina’s Wascana Hospital. At 89, he was the last surviving Canadian First Nations solider who stormed Juno Beach.

Hundreds of Canadian veterans return to D-Day beach in Normandy

What does the 'D' in D-Day stand for?

Veteran, 95, to mark D-Day by jumping out of plane

Some facts and figures about the D-Day landings in Normandy on June 6, 1944