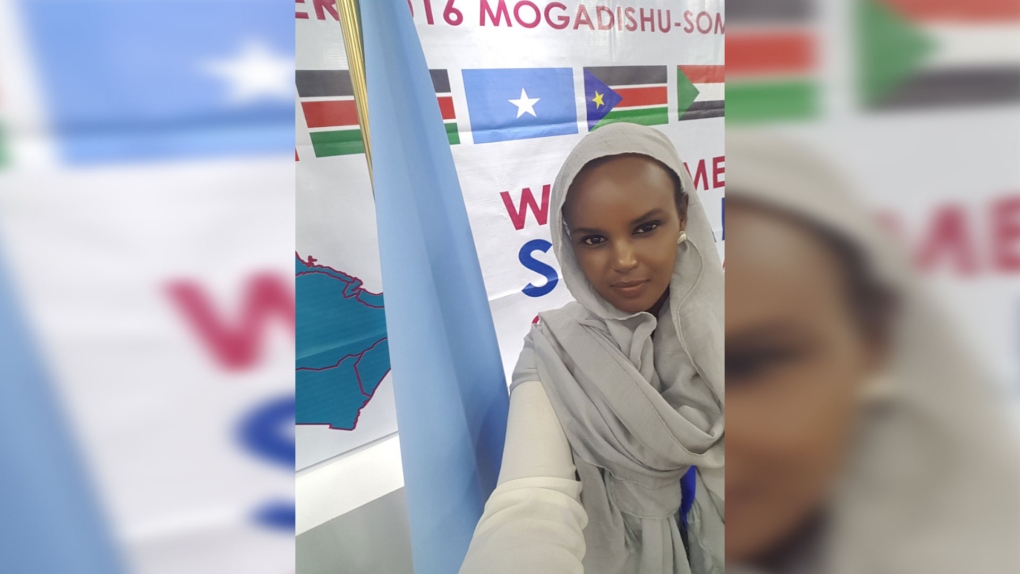 The Somali government says a Somali-Canadian human rights activist and diplomat has been killed.

The Somali ministry of information says Almaas Elman was murdered in the capital city of Mogadishu.

The government said in a tweet that it is investigating and will bring those responsible to justice.

A Global Affairs Canada spokeswoman said the department was prepared to help the family.

"Our deepest thoughts and sympathies are with the family and friends of the Canadian citizen who died in a shooting in Somalia," Natasha Nystrom said in an email Wednesday.

She said consular officials in Kenya are in contact with local authorities to gather additional information.

Nystrom said due to the Privacy Act no further information would be disclosed.

"Canadian humanitarian workers put themselves at risk around the world to help others," he said on Twitter.

"This is why I'm truly saddened by the death of Almaas Elman, a Somali Canadian human rights worker who was killed in Mogadishu.

"I extend my prayers to the Elman family."

Hussen has served as national president of the Canadian Somali Congress.

Media reports in Somalia say Elman was shot in her vehicle while heading to the airport.

She was involved with the Elman Centre for Peace and Human Rights in Mogadishu, a non-governmental agency founded by her family in 1990.

Her sister, Ilwad Elman, made international headlines in October when she was short-listed for the Nobel Peace Prize for her work with the Elman Centre.

The centre is named after her father, Elman Ali Ahmed, a peace activist who was killed in Somalia in 1996.

The centre's website says after his death her mother brought her daughters to Canada so they could grow up in safety.

The Federal Government of #Somalia “strongly” condemned the murder of Somali Diplomat and human rights defender, Almas Elman in #Mogadishu and vows to the public that the government currently conducting a full investigation into the killing to bring those responsible to justice. pic.twitter.com/2glMiXuHwB