The Canadian soldiers who were involved in a deadly incident of friendly fire on Friday had cleared two Kurdish checkpoints when they were fired upon, CTV News has learned.

A senior military source tells CTV’s Mercedes Stephenson that members of the Canadian Special Forces had communicated with Iraqi Kurdish fighters earlier on Friday, and arranged to return to the area later in the evening. A signal, notifying the Kurdish fighters of the Canadians approach, was established ahead of time so that they could be seen and heard from a distance, the source said.

At the time of the incident, the Canadians had already successfully passed by two groups of Iraqi Kurdish soldiers. When they approached a third unit, one fighter opened fire on them, followed by others.

The Canadians at the time were 200 metres from the front lines and the Iraqi unit that opened fire on them was on the frontlines. The unit had to flip their weapons 180 degrees to shoot at the Canadians, the source said.

It still unclear why the Kurdish fighters first opened fire, but they did not realize they were shooting at Canadian soldiers.

There are widely conflicting reports over the events leading up to the deadly encounter.

A spokesman for the Kurdish forces in Iraq told The Associated Press Sunday that the Canadians showed up to the village of Bashiq, north of Mosul, unannounced and ignored an order to stay in their vehicle. Halgurd Hekmat said: "The peshmerga asked them to identify themselves. They answered in Arabic, that's when peshmerga started shooting."

Earlier Sunday, Defence Minister Jason Kenney maintained that the Canadian soldiers were well behind the front lines, despite contradicting reports from Kurdish forces.

“They weren’t on the front lines," said Kenney.

“My understanding is that the observation post where the troops were approaching -- at about 11 p.m. on Friday night, close to Erbil -- was about 200 metres behind the fort line of our troops, so 200 metres from the front. They had been there earlier in the day, and they were returning to the observation post when it was dark out, and apparently it was a case of mistaken identity,” said Kenney.

But there has been some debate on what constitutes "front lines” in the Iraqi war zone.

"The front line is ultimately where the weapons can reach you, and where you’re in lethal danger," Christian Leuprecht, a national security expert with the Royal Military College of Canada.

Despite Friday's incident, Kenney maintained that Canada's role in Iraq is not a combat one.

"This was not a combat operation. They were not in contact with the enemy, with ISIL; rather fire was brought on them as a result of mistaken identity," said Kenney.

Kenny also said that friendly fire is "regrettably a reality of any kind of military deployment." And while he said an investigation has already commenced with special operations commanders out of Irbil, Kenney didn't commit to an independent investigation.

But the NDP is questioning whether the incident was avoidable. The party's defence critic says Canadians have been misled by Prime Minister Stephen Harper on the mission in Iraq, who originally told Parliament that Canada's role was to advise and assist the Iraqis.

“We’ve been promised by the prime minister from the beginning that there are not going to be boots on the ground. We’ve got the defence minister claiming that they’re not combat deaths, yet in 2002, when we lost four soldiers to so-called friendly fire to the Americans, they were called the first combat deaths since Korea," Jack Harris said on Question Period.

Harris called for a "full-blown investigation" into Friday's incident.

Liberal defence critic Joyce Murray was careful when commenting on the incident.

"I think it’s early to be speculating or to be linking this with other matters," she said.

The incident comes as the government prepares to debate whether it will extend Canada’s six-month mission in Iraq. The opposition has been calling for more transparency as the mission’s expiry date – April 7 – approaches.

Meanwhile, CTV News has learned that one of the injured soldiers has been flown to Germany for medical treatment. 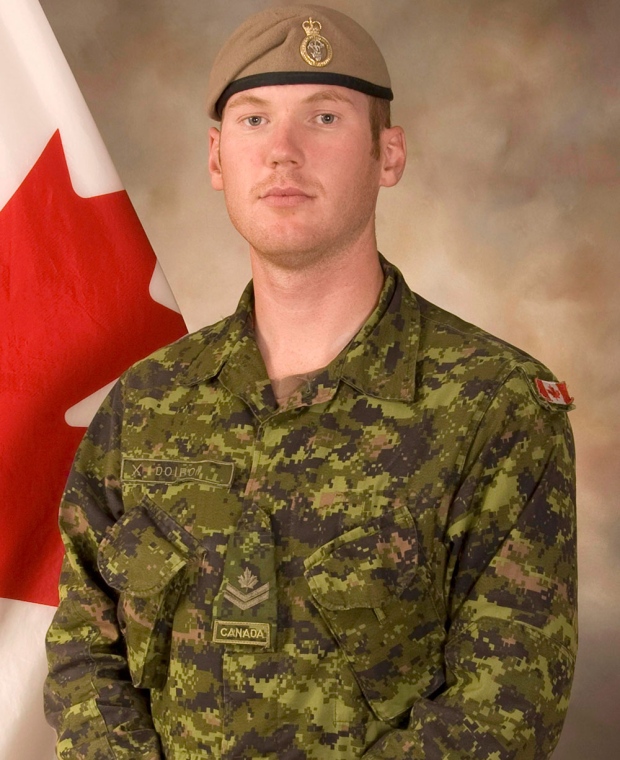