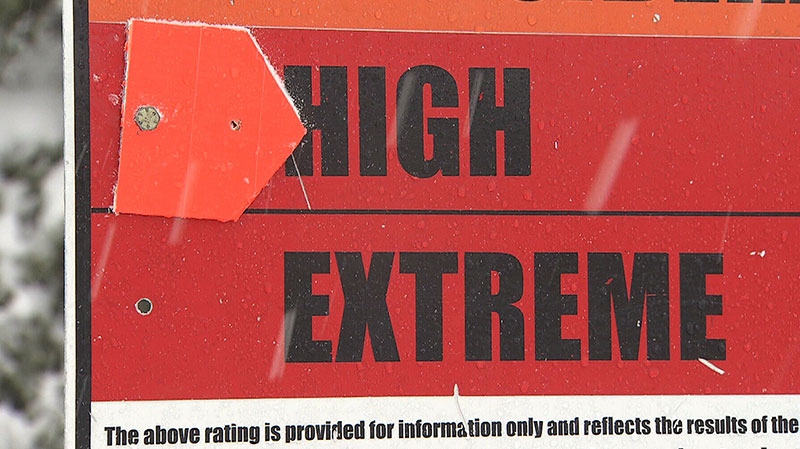 A warning sign for avalanches is shown on a ski mountain in B.C.

VANCOUVER -- Snowfall across the mountain terrain in southeastern British Columbia has prompted an avalanche warning for the region.

Avalanche Canada says the risk in the alpine is high, registering at a four on its five point scale, meaning natural avalanches are possible while human-triggered slides are very likely.

The warning applies to mountains in the Cariboo region from Prince George south toward the Kootenay Boundary region and east to the Alberta border, including Banff National Park.

The risk for a slide along and below the treeline is also considerable, and people are warned to stay out of the terrain.

Environment Canada has issued a snowfall warning for the central Interior with about 15 centimetres expected for Burns Lake through to the Shuswap.