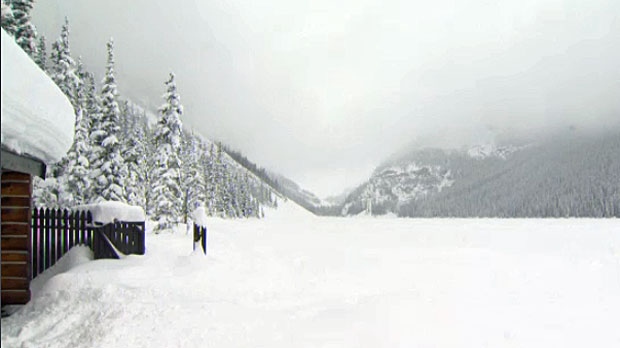 A view of Lake Louise, Alta. is shown in this file photo.

LAKE LOUISE, Alta. - Parks Canada says having the right equipment and being prepared helped a group of backcountry skiers rescue their friend buried in an avalanche in Banff National Park.

A news release from Parks Canada says 11 skiers were on their way to Bow Hut on the Wapata Icefield north of Lake Louise on Friday.

A few made it to the hut, but seven others were caught in a 100-metre-wide avalanche that fully buried one skier, broke another partially buried skier's leg and injured a third skier's knee.

The group managed to dig the buried member out and called Parks Canada on a satellite phone.

Parks Canada says the avalanche risk was too high for a ground-based rescue in the dark, so it advised the group to find a safe area to spend the night.

A helicopter was used to reach the group on Saturday morning to carry out the injured.