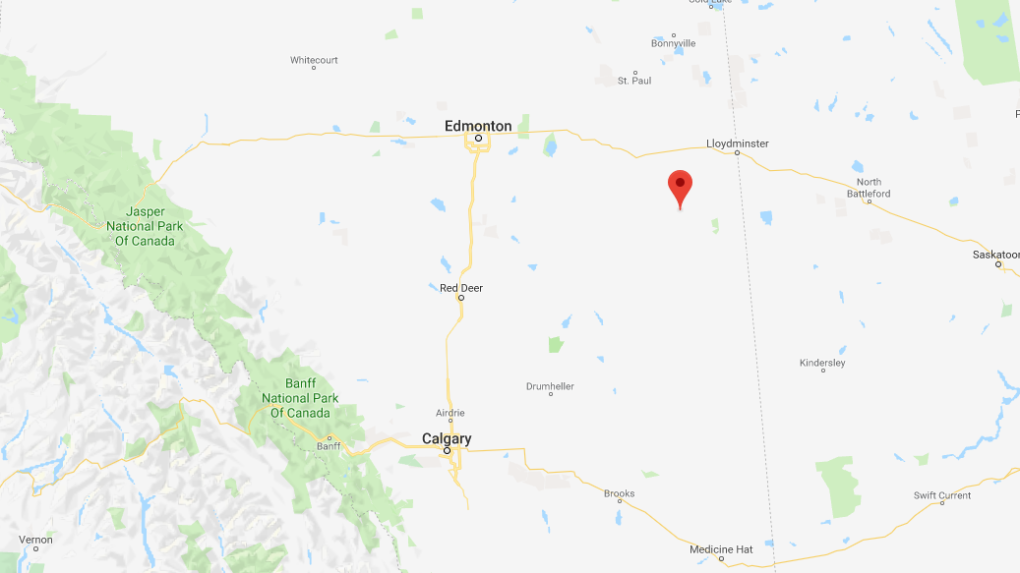 A map highlighting Wainwright, Alta. is seen in this screenshot from Google Maps. (Google Maps)

A six-year-old girl was airlifted to an Edmonton hospital after falling off a parade float in a town about 200 kilometres away.

The girl was taking part in the Wainwright, Alta. stampede parade with the youth organization 4-H Alberta on Saturday morning when she fell off the float.

Wainwright Mayor Brain Bethune told The Canadian Press that the girl was originally brought to hospital in Wainwright, but was later airlifted to Edmonton after doctors feared she might have brain damage.

Bethune added that brain damage is no longer a concern, though she does have some broken bones.

The stampede’s organizing association will decide if further safety precautions are needed for next year’s parade.

Last November in Nova Scotia, a tragedy involving a young girl at a parade sparked province-wide changes to safety measures surrounding such festivities.

During the annual Christmas Parade of Lights in Yarmouth, N.S., four-year-old Macali Cormier was killed after falling underneath a float.

“This is something that had a traumatic impact on everyone,” RCMP Cpl. Dal Hutchinson said at the time.

In response to the incident, the Yarmouth parade committee banned young children from floats and increased the number of volunteers required to follow along the parade.

Several other communities in Nova Scotia also updated their safety regulations, including the Cape Breton Regional Municipality, which called for at least two volunteer spotters to walk alongside each float and prohibited items such as candy to be thrown from any vehicle.

Spectators must also stay off the street and are not allowed to cross the roadway while the parade is underway.