What the Thanksgiving weekend weather forecast looks like across Canada

What the Thanksgiving weekend weather forecast looks like across Canada 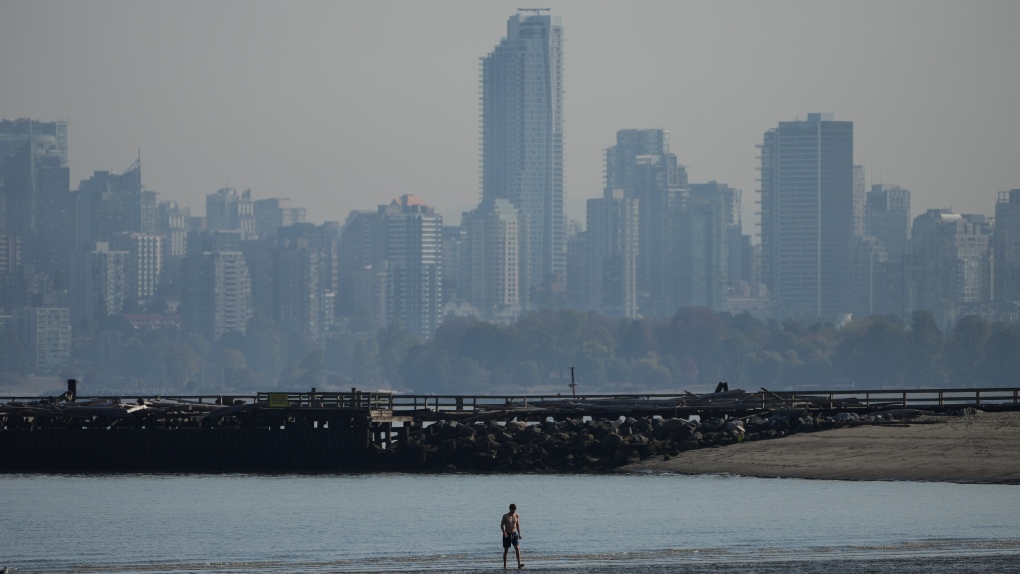 A man walks in the water off Locarno Beach during a stretch of unseasonably warm weather as smoke from wildfires burning in B.C. and in the U.S. hangs over the downtown core, in Vancouver, B.C., Thursday, Oct. 6, 2022. (THE CANADIAN PRESS/Darryl Dyck)

Thanksgiving weekend weather is shaping up to be drastically different depending on where in the country you live. So will you be able to wear shorts to a pumpkin patch, or will there be snow falling?

Most of the weather predicted for across the country this long weekend is typical for this time of year, Gerald Cheng, a Warning Preparedness Meteorologist at Environment and Climate Change Canada, told CTVNews.ca ina phone interview.

But there are some slight variations, particularly in B.C., where temperatures are set to be balmy, he said.

Here’s your guide to Thanksgiving weekend weather, based on province and territory.

In Vancouver and southern British Columbia overall, warm, sunny temperatures are to be expected for Saturday, Sunday and Monday. Daily highs will hit about 20 C, with some hazy fog in the morning.

And those temperatures are about six to seven degrees above normal for that region for this time of year, said Cheng.

“Usually when we head into fall, and as we get closer to winter, we have big systems affecting the B.C. coast,” said Cheng. Fall is typically more rainy in the Vancouver area, and that type of weather should return to the region later this month, he said.

“Right now there is a high pressure that is shutting off any sort of precipitation for the lower mainland,” he said.

However, there are air quality statements in the Lower Mainland due to fires, said Cheng.

The forecast for northern B.C. still includes warmer temperatures with highs of 18 degrees on Saturday and Sunday in regions like Fort Nelson. However, by Monday that area has a 60 per cent chance of rain, according to Environment Canada.

Up in the Yukon, the capital of Whitehorse will reach highs of 16 C on Saturday with a mix of sun and cloud, and rain by Sunday with temperatures dropping slightly to 14 C.

Like Vancouver, Calgary  is seeing sunny, warm weather for the weekend with highs of 20 to 22 C, with a mix of sun and cloud, through to Monday.

Like Vancouver, Calgary  is seeing sunny, warm weather for the weekend with highs of 20 to 22 C, with a mix of sun and cloud, through to Monday.The  “spot to be” for sunshine this week are the southern prairies, because of a high pressure system moving through, and there will be normal temperatures, said Cheng.

Saskatoon, Sask., will reach daily highs of between 20 and 24 C between Saturday and Monday, with a mix of sun and cloud.

Temperatures in Winnipeg will also warm up from Friday, reaching a high of 16 C on Saturday and going up to 19 C on Monday before cooling off again mid-week. Sun and clouds are also expected.

High pressure is great when there are no air qualities[sentence reads a bit awkwardly], so farther into the northern prairies and the Northwest Territories, those regions are experiencing fires which could create smokey conditions that could impact the weekend, said Cheng.

In Toronto, there is a slight chance of showers over the weekend, but overall the region will be seeing normal temperatures and a mix of sun and cloud.

“Our seasonal high is around 15 degrees, so if you look at the forecast this weekend, we aren’t swaying too far from that,” said Cheng. The coldest day will be Friday, with the weekend heating up slightly for daily highs between 12 and 15 C between Saturday and Monday.

Over in Ottawa, Saturday is expected to be a high of 12 C with a mix of sun and clouds. Sunday and Monday will have similar temperatures, but rain is expected Sunday.

However, it will be a different story in northern Ontario and Quebec as a cold front will be moving through over the weekend. Single digit weather in some regions are expected.

In Timmins, Ont. on- Saturday there is a 50 per cent chance of rain with a daily high of 7 C. The weather will warm up slightly by Monday with sun and a high of 11 C.

Montreal’s weather for the weekend will be similar to Toronto, with a high of 10 C on Saturday and a mix of sun and clouds.

The Atlantic provinces are expecting a more sombre Thanksgiving as many are still reeling and without power two weeks after post-tropical storm Fiona ripped through the area.

In Halifax N.S.,, Saturday is predicted to reach a high of 17 C, with a 30 per cent chance of rain, according to Environment Canada. The rain should clear up by Sunday and make room for sun, with a high of 14 C. Similar temperatures are expected Monday.

Charlottetown, P.E.I., will likely see rain on Saturday, along with a high of 14 C. By Sunday the weather will be sunnier, but temperatures will drop slightly to a high of 13 C, and dip to 11 C by Monday.

Snow in those parts of the country are not unusual for October and are expected, said Cheng.