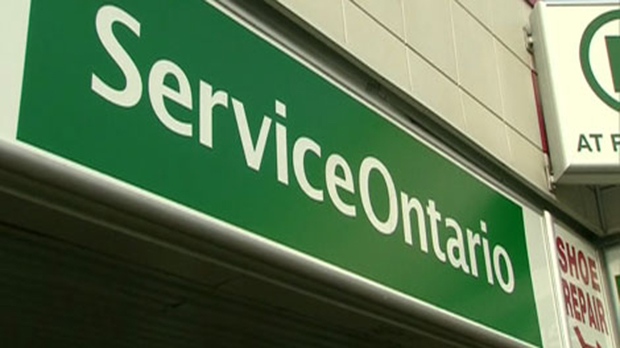 TORONTO -- The Ontario government says high demand and issues with online applications are causing delays of up to three and a half months in issuing birth, death and marriage certificates -- a situation it is apologizing for.

Consumer Services Minister Bill Walker said Wednesday that he has ordered a review of the problem at Service Ontario, the arm of the government that process applications for the documents.

"I apologize profusely," Walker said. "I want people to be assured that I am taking this seriously, I have asked for a briefing and we will put corrective action in place to prevent this going forward."

Some people posting on the government's social media pages have complained of delays of up to six months for the documents.

Walker said he has authorized additional overtime for workers to help clear the backlog, which the government said varies from 11 to 14 weeks.

The minister explained that the delay is being caused by a variety of factors, including an increased number of requests for the documents and problems with online forms that require special attention from staff to fix.

When an error is made in the online system used to request the documents, changes cannot then be made online, Walker said. Service Ontario must contact the individual directly and that can delay the process significantly, he said.

The government is also investigating whether the online form is generating errors automatically that are contributing to the problem.

Walker could not say how long a fix will take but said the government is determined to address the delays and correct the source of the problem.

"I like to think of how we can solve the problem as opposed to (applying) a band-aid," he said. "We're certainly taking action, but more importantly, let's review that whole process from start to finish."

Megan Kloosterman said she applied for her son's birth certificate in August and only received it on Friday.

The Windsor, Ont., resident said she made an error on her initial online submission but wasn't made aware of it until November. After that, she went back and forth repeatedly with Service Ontario attempting to correct the information and have the application processed.

"I was told it could take up to eight weeks, then up to 10 weeks, then it was 12 weeks then it was 16 weeks," she said. "They were very nice on the phone but they didn't have a ton of information they could give me."

Kloosterman said the delay meant her family could not travel over the holidays to see relatives in the United States. It also put a planned trip to the Netherlands to see other family members in April at risk.

"It was very frustrating," Kloosterman said. "It felt like when you're calling ... I didn't feel like it was ever really heard. They couldn't give me a concrete answer."

NDP Leader Andrea Horwath said her office is aware of parents who have been waiting months for birth certificates and people who are having difficulty obtaining death certificates for family members.

"Something has gone wrong here and we need to know what it was," she said. "Has the government stopped filling empty positions? Is there a shortage of staff who are supposed to be processing these requests. There are a lot of questions."