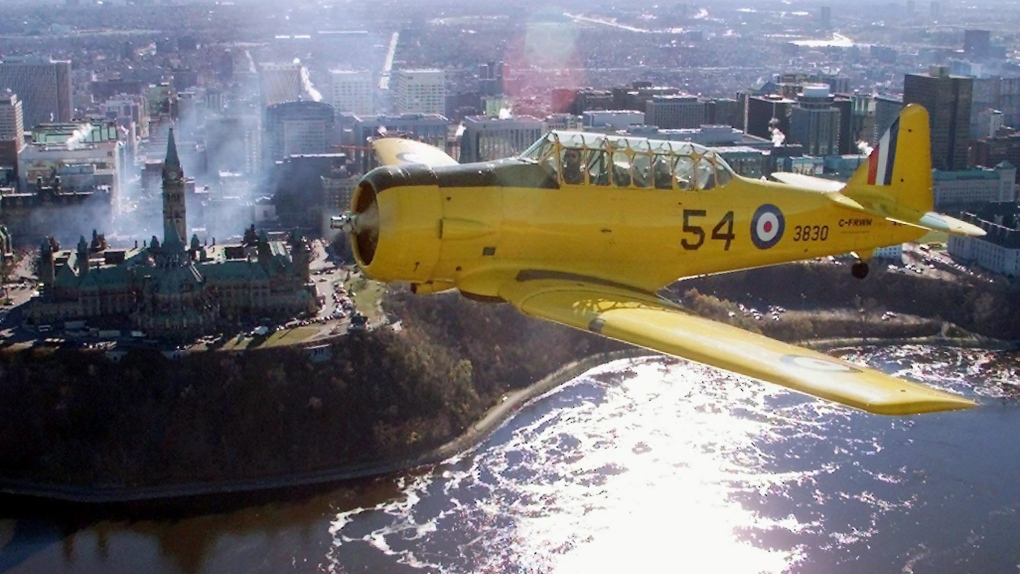 TORONTO -- A former Canadian astronaut will be among those in the cockpit as the distinctive roar of a flyover by Second World War training aircraft greets those attending the annual Remembrance Day ceremonies in Toronto.

Weather permitting, four Harvards from the Canadian Harvard Aircraft Association in Tillsonburg, Ont., are scheduled to fly over the cenotaph at Old City Hall.

Bjarni Tryggvason -- who served as a payload specialist on a space shuttle in 1997 and is now an instructor at the International Test Pilot School in London, Ont. -- will be among the pilots in the Remembrance Day flypast.

Another of the Harvard pilots is Bill Shepard, who was recently promoted to squadron leader with the Commemorative Air Force Red Tail Squadron, America's tribute to the Tuskegee Airmen -- a group of African-American military pilots who fought in the Second World War.

The Harvards are scheduled to leave their home base at Tillsonburg on Wednesday morning and land at Billy Bishop Toronto City Airport to refuel before the event.

The North American Aviation Harvard was used to train more than 130,000 aircrew under the British Commonwealth Air Training Plan in Canada during the Second World War.

"Not only are they painted in yellow, which all the training aircraft were painted, but the Harvard had a very distinctive roar to it with its variable pitch propeller ... it was very recognizable by anybody who was stationed at air bases across the country," Scott said.

He said the Harvard was the stepping stone for pilots training to fly combat aircraft in the Second World War.

"Once they got their wings on the Harvard, they could go on to other aircraft such as the Spitfire, Hawker Hurricane, or then get multi-engine ratings to fly bombers."