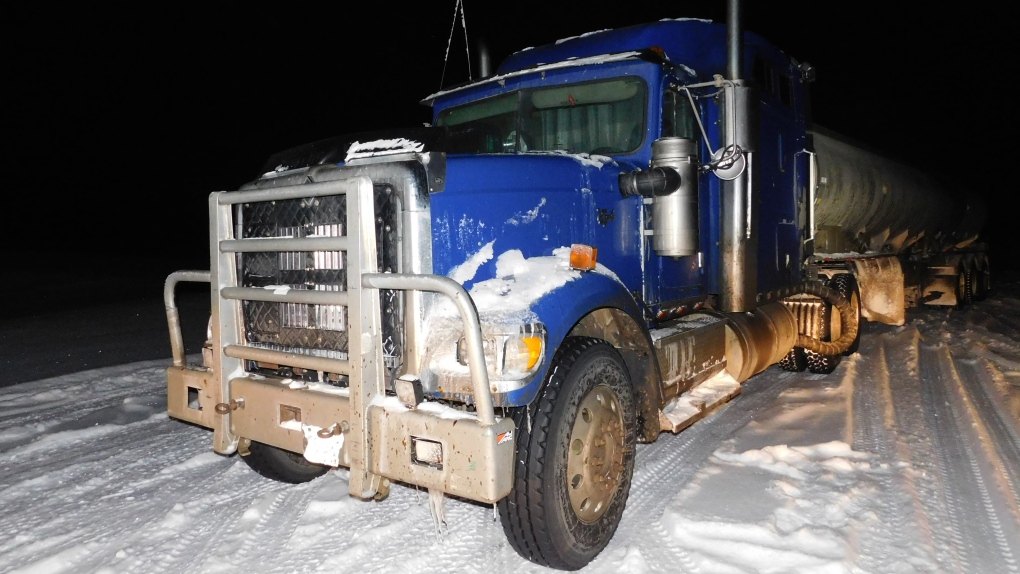 A 61-year-old man, whose semi is seen here, is facing seven counts of theft over $5,000 after a series of crude oil thefts in Saskatchewan and Alberta. (RCMP supplied)

RCMP have a man in custody who is charged in several large-scale crude oil thefts from energy sites in Saskatchewan and Alberta.

Mounties say they made an arrest on Tuesday after an investigation that spanned several months.

Bruce Russell Hardy, who is 61 and from Lashburn, Sask., is facing seven counts of theft over $5,000.

Hardy is to appear in a Lloydminster courtroom on Feb. 23.

Benchmark West Texas Intermediate crude is now under US$30 a barrel.