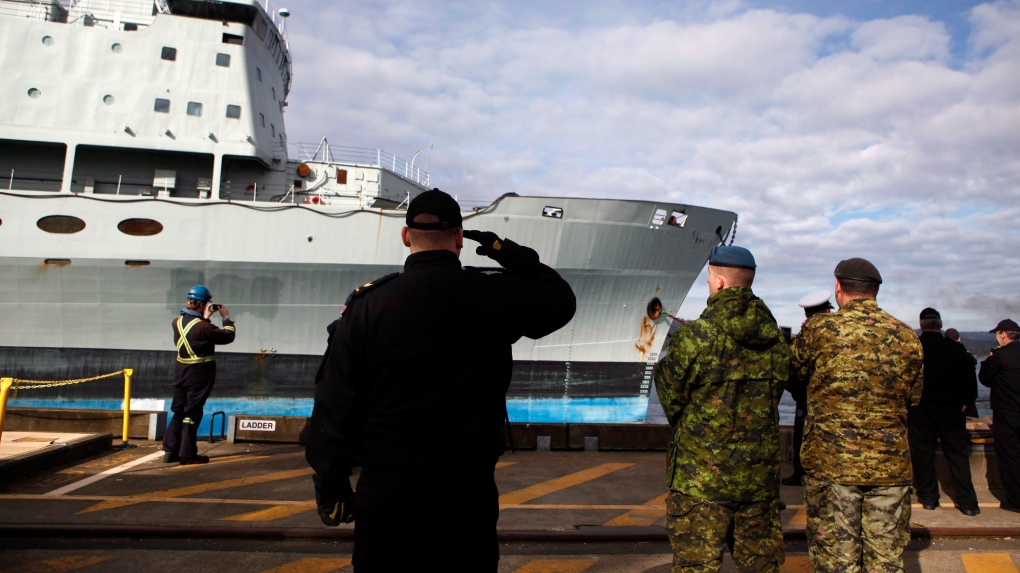 OTTAWA -- A shortage of sailors is making it hard for the Royal Canadian Navy to operate its ships and work on replacing them at the same time, according to a senior naval officer.

The revelation by Commodore Steve Waddell, head of naval strategic readiness, follow similar concerns from the Royal Canadian Air Force about the difficult choices it is facing thanks to a shortage of experienced pilots.

Taken together, they underscore the severe personnel challenges facing some parts of the Canadian Forces, which tend to be overshadowed by the numerous problems facing the military procurement system.

In fact, Waddell indicated during a presentation to a defence conference this week that the navy's personnel shortages could threaten the Trudeau government's "ambitious" defence policy.

That policy -- entitled Strong, Secure, Engaged -- says the military must be able to conduct several missions at the same time. It also sets aside billions of dollars for upgrades to the navy, including new warships and modernized submarines.

Some of those projects have already been delayed, such as the construction of new support ships, though the blame for many of those delays rests outside of the navy and with private shipyards or other federal departments.

The navy nonetheless has its work cut out for it, including imminent talks with U.S. defence giant Lockheed Martin and Irving Shipbuilding in Halifax to decide the final design for its new $60-billion fleet of warships.

"In terms of delivering on Strong, Secure, Engaged, what I think is going to really fundamentally be a constraint in the next little while is the reality of the workforce," Waddell said.

While the navy is at least 10 per cent short of trained sailors, he said it is facing a shortfall of up to 40 per cent in some places when sailors it does have are unavailable because of training, medical problems or other reasons.

"So when you're trying to deploy and have a forward presence ... while at the same time trying to account for the institutional needs of delivering on Strong, Secure, and Engaged, you can imagine the bit of a dance that's in front of us."

The navy's problem is different from the air force's: the navy is struggling to simply recruit people while the air force is losing experienced pilots to civilian jobs.

Yet there are also parallels, as Waddell said the navy, like much of the rest of the military, is fighting industry for employees at a time when unemployment is low, demographics are changing and there are other opportunities for people.

Not that the navy is completely without a plan. Waddell and others have talked about using technology, particularly in its new ships, to ease the navy's personnel requirements as well as attract a new generation of recruits.

In a recent interview with The Canadian Press, navy commander Vice-Admiral Ron Lloyd talked about using artificial intelligence to ease workload and the addition of wireless networks to ships as areas where change is coming.

"What does it mean to be a digital navy is what we're focused on," he said. "I think that's going to be key to our ability to attract (people) and then recruit them and then hopefully retain them."