Roots of Groundhog Day go back to medieval Europe 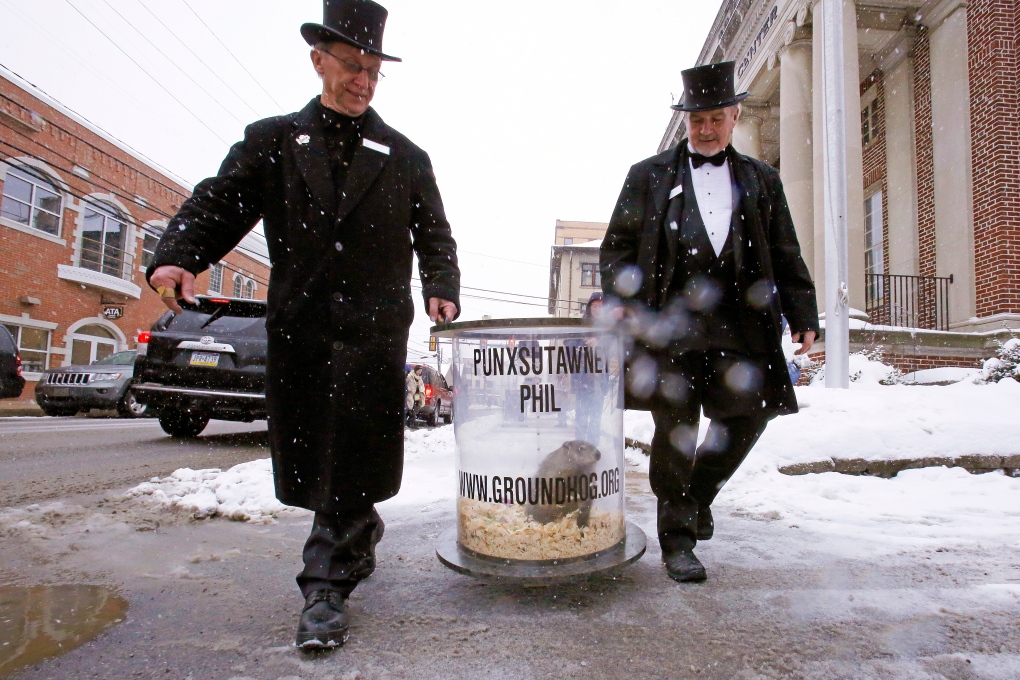 TORONTO -- What do a European Christian tradition, a 19th century American immigration pattern, and a cinema cult classic have in common? They've all helped turn groundhogs into North America's most popular weather prognosticators.

Each Feb. 2, crowds gather to watch Ontario's Wiarton Willie, Pennsylvania's Punxsutawney Phil and other furry forecasters take a shot at a task that baffles many humans.

Folklore has it that if a groundhog sees his shadow he'll flee back to his burrow, heralding six more weeks of winter. If he doesn't, legend has it that spring is around the corner.

The roots of this light-hearted tradition span both oceans and centuries.

Chris Scott, chief meteorologist at the Weather Network, said Groundhog Day hearkens back to medieval Europe and the Christian festival of Candlemas.

Participants would light candles to brighten a dreary time and watch weather conditions on festival day for portents of what lay ahead, he said.

One Scottish couplet succinctly summed up the superstitions of the time: "If Candlemas Day is bright and clear, There'll be two winters in the year."

The old proverb had a basis in fact, Scott said, since European weather patterns were markedly different from the ones prevailing in North America today.

"You can get winters that essentially end in early February," Scott said in a telephone interview. "There was more of a realistic scenario of, 'Oh, what's it going to be? Are we going to see winter persisting for six more weeks or is this actually the end?"'

Scott said early Europeans eventually threw a prognosticating hedgehog into the mix, adding the animals had hibernation patterns that naturally brought them out of hiding around the time of Candlemas.

When German settlers began immigrating to the U.S. in the 19th century, they adapted Candlemas traditions to their new home with one simple innovation -- letting the area's native groundhogs do the forecasting.

Punxsutawney, Pa., has emerged as the hub of American Groundhog Day festivities. Bob Roberts, protector of the present-day Punxsutawney Phil, said the first official Groundhog Day excursion in the area took place in 1888.

Canada's marquee Groundhog Day event first took place in 1956 when Mac McKenzie, a resident of the central Ontario town of Wiarton, was looking for a pretext to throw a party.

After settling on Groundhog Day, he sent out his invitations in the form of mock press releases. When one of them fell into the hands of a genuine reporter, however, McKenzie had to get creative.

"(The reporter) had to have a story," McKenzie explained in documents provided by local festival organizers. "He couldn't go back to Toronto without something. So we tossed a fur hat with a button on it into the snow. We said it was a groundhog, and the photo ran in the (Toronto) Star."

Wiarton has been home to Canada's premiere Groundhog Day event ever since, including in 1999 when organizers discovered Willie had died in the run up to his big day.

Meteorological marmots gained a wave of positive attention after the 1993 comedy film "Groundhog Day" was released.

So how do human forecasters feel about Groundhog Day?

"I've never met a meteorologist who is anti-groundhog," said Scott. ". . . We don't feel too threatened."