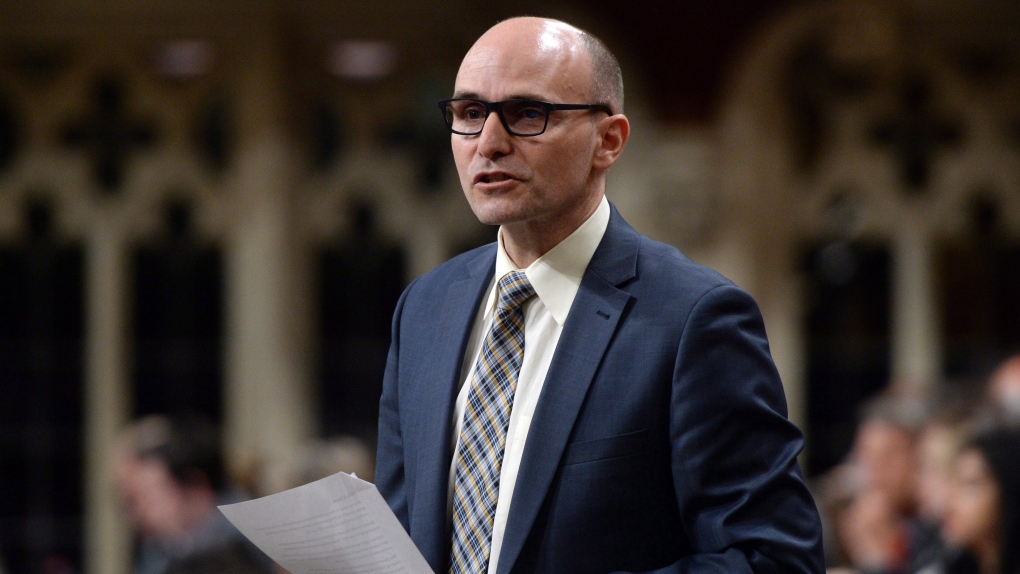 Families, Children and Social Development Minister Jean-Yves Duclos responds to a question during question period in the House of Commons on Parliament Hill in Ottawa on Monday, May 16, 2016. (Sean Kilpatrick / THE CANADIAN PRESS)

OTTAWA -- The federal government's largest seniors benefit program is on course for all-time highs in spending over the coming years with waves of baby boomer retirements -- spending levels that could be even higher if not for changes to the public pension program.

The figures in the chief actuary's report on old age security provides the first glimpse into how seniors spending will be influenced by a decades-long expansion of the Canada Pension Plan.

Spending on old age security is forecast to hit about $247 billion by 2060, an almost five-fold increase from planned spending this year, as more Canadians hit retirement and live longer, meaning more beneficiaries drawing payments for longer periods of time.

The extra money to be doled out through CPP, funded by an increase in premiums, is expected to reduce the number of low-income seniors -- meaning $3 billion less in spending on the guaranteed income supplement in 2060 -- and reduce overall spending on old age security benefits, which are scaled back above $75,000 in annual income.

The chief actuary's report says assumed investments in tax-free savings accounts would lessen the decline in the number of retirees eligible for the income supplement and the clawback because TFSA withdrawals don't count as income.

Angella MacEwen, a senior economist with the Canadian Labour Congress, said senior poverty rates have increased since the 1990s, requiring legislators to think of new ways to direct funding to retirees most in need and prevent further increases in senior poverty rates.

The most recent census figures showed the ranks of seniors grew by the fastest rate in 70 years, with Statistics Canada projecting there could be 12 million seniors by 2061, as well as fewer young people to replace them in the workforce and less income tax flowing into federal coffers that fund old age security.

The previous Conservative government raised the age of eligibility for old age security to 67 from 65 to save on costs and prod people to work longer. The Liberals reversed the decision in their first budget.

Younger Canadians 'may be required to pay higher taxes'

A February presentation to a group of deputy ministers said if the retirement age remains at 65 and Canadians live longer, "younger generations may be required to pay higher taxes" to cover a shortfall between tax revenues and old age security spending.

"This could create disincentives to work and for firms to invest, and in turn lead to a fall in growth and productivity," reads one slide, obtained by The Canadian Press under the Access to Information Act.

The parliamentary budget officer has said old age security is sustainable in the long-term. The actuarial report suggests as much by noting that spending as a percentage of the overall economy would rise by 2030 and fall through to 2060 as economic growth and resulting tax revenues offset rising costs.

The chief actuary says costs could go higher than forecast if people live longer than expected, or if benefits were tied to wages instead of inflation, the former usually growing faster than the latter.

Paul Kershaw, an associate professor in the school of population and public health at the University of British Columbia, said ever larger shares of economic growth going to fund old age security would leave less for other priorities, like helping younger generations.

"Problem is, we are not showing that same level of urgency to adapt for younger generations, which is why spending increases on the national housing strategy, or child care, or parental leave are paltry by comparison," said Kershaw, founder of the group Generation Squeeze, which seeks to engage young people in politics.