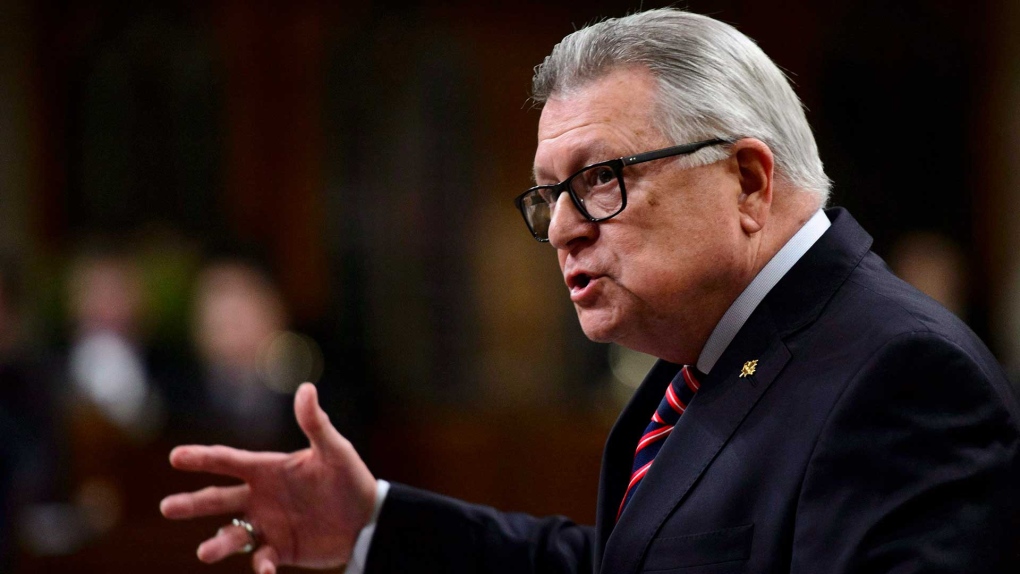 Public Safety and Emergency Preparedness Minister Ralph Goodale stands during question period in the House of Commons on Parliament Hill in Ottawa on Monday, Dec. 10, 2018. THE CANADIAN PRESS/Sean Kilpatrick

Ralph Goodale said the groups promote hate, which manifests itself in violent anti-Semitism or in other crimes.

"The van attack along Yonge Street in Toronto earlier last year had those kinds of roots," Goodale said Tuesday after a speech on national security at the University of Regina.

Ten people died in April 2018 when Alek Minassian allegedly drove a rental van down the busy stretch, mowing down pedestrians.

Goodale also used the example of six people murdered inside a Quebec City mosque in 2017 because they were at prayer.

He said the suspects were inspired by what they saw on the internet.

"They may have behaved themselves as singular individuals doing very evil deeds but they were inspired by something and largely that relates back to what they saw on the internet," Goodale said.

Goodale said Daesh and al-Qaida aren't the only sources of dangerous, extremist violence and it can come from any type of fanaticism.

He said the federal government is working with internet providers to eliminate the problem and so far there's been "pretty decent co-operation."

Internet providers have an obligation to make sure they don't provide a platform for spreading fear and hate, Goodale said.

"They don't want to have a reputation that they are purveyors of that kind of nasty stuff," he said. "But they have to do better."