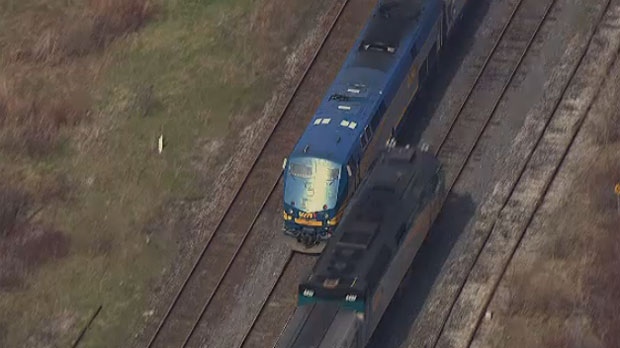 File image of trains in Manitoba

CHURCHILL, Man. - A new report says the broken rail line that is the only land access to Churchill, Man., could be up and running again by November for $43.5 million or less, if somebody steps forward soon to pay for it.

The report by engineering firm AECOM was commissioned by the rail line's owners, Denver-based Omnitrax, which has said it cannot afford to fix the line on its own.

The railway was severely damaged by spring flooding and since then, goods and people have had to be flown in, at much higher cost, to the town of 900 on the coast of Hudson Bay.

The report says the 250-kilometre section of track leading to Churchill has been washed out or otherwise damaged in 130 locations, including bridges and culverts.

Prime Minister Justin Trudeau said in July that Omnitrax has legal obligations to fix and operate the line, which was privatized in 1997 and given millions of government dollars for upgrades a decade later.

Omnitrax, which had previously estimated repair costs at up to $60 million, has been in talks with a First Nations consortium to sell the line but there is no sign of a deal.

"The plan is to complete at a minimum all immediate (urgent) work in 2017 with the goal of re-opening the line for safe passage of light loaded trains in early November 2017," the AECOM report states, adding non-urgent repairs that would allow heavier rail cars could wait until next year.

"However, there are several factors, such as contractor availability, procurement delays, equipment availability or early freeze-up that may prevent this from happening."

AECOM also says that if weather, procurement procedures and other factors really cooperate, all repairs might be complete this year, reducing the final price tag.

Despite the shrinking time-frame for construction to occur before freeze-up in the subarctic community, Churchill Mayor Mike Spence has recently sounded hopeful that a breakthrough may be at hand.

"Important discussions are continuing with the federal government and we are optimistic and confident that federal support will be forthcoming to our current situation," Spence and other town council members wrote in a statement last week.

"The clock is ticking, the repairs need to be done and winter's coming here quick."

The Manitoba government recently increased its subsidy for some food to Churchill, and ordered large amounts of propane to be sent by ship this month to ensure that homes have enough heating fuel to last through the long winter and spring.