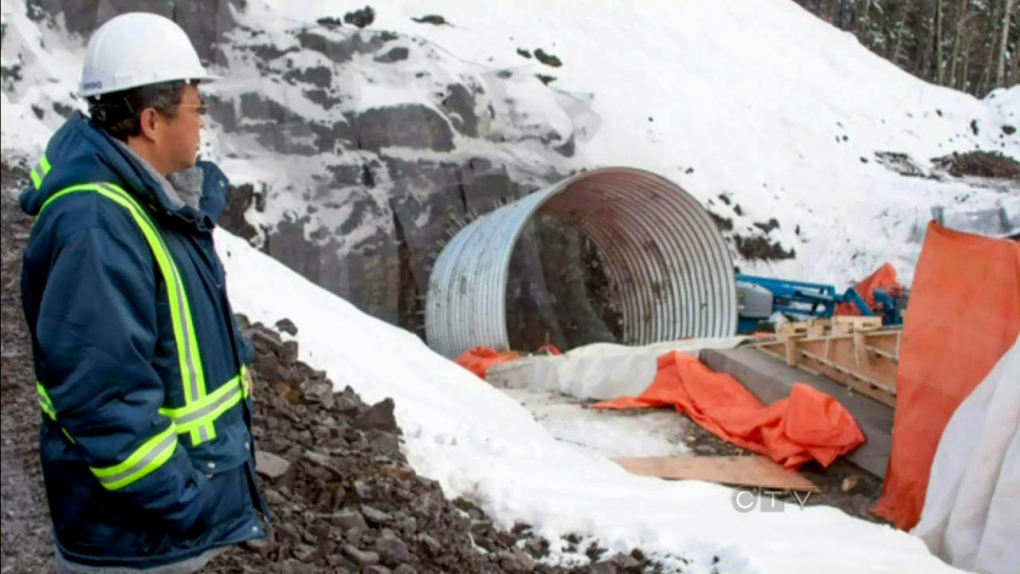 An internal federal review of a decision to grant permits to a Chinese company to bring temporary foreign workers from China for its British Columbia coal mine raises questions as to the "genuineness" of the company in its search for Canadian workers.

VANCOUVER -- An internal federal review of a decision to grant permits to a Chinese company to bring temporary foreign workers from China for its British Columbia coal mine found the company met or exceeded all requirements.

But the November report notes that the sequence of events in HD Mining's application to bring 201 miners over from China for its Murray River coal mine leaves some questions as to the "genuineness" of the company in its search for Canadian workers.

The File Review Report obtained by The Canadian Press through Access to Information found that due diligence was performed on the applications.

"The employer, HD Mining International Ltd., has met all the program requirements for the (Temporary Foreign Worker Program)," said the Nov. 27 report prepared by Michele Morandini, acting director of the program, and approved by Heather Backhouse, executive director of the Citizen Services program delivery branch, B.C. and Yukon.

"The duties of these two positions do overlap somewhat, although the requirements for the position changed from 'on the job training' to 'three years of experience required,"' it said.

"Although the (temporary foreign worker) is not part of Service Canada's assessment, this could raise questions regarding the employer's intent and/or the genuineness of these job offers."

Two labour unions have challenged the decision to grant HD the labour market opinions required for the program, and a judicial review is scheduled to be heard in a Federal Court room this week in Vancouver.

An undated memorandum to Human Resources Minister Diane Finley last year noted that HD met all program requirements and demonstrated a willingness to develop a program to train Canadians over time.

"However, the department remains concerned that, under HD Mining's current plan, the mines will be staffed predominantly by (temporary foreign workers) for the foreseeable future," it said.

"This exacerbates general public discomfort (over) Chinese investment by concretizing previously abstract fears that these investments will not yield immediate jobs at the mine sites, spin-off jobs and investment in surrounding communities, and long-term economic growth for B.C. and Canada."

Officials in the temporary foreign worker program were working with HD Mining to "enhance and accelerate" their training and recruitment programs, it said.

There is a "large and persistent" shortage of skilled mining sector workers and HD "went above and beyond" the minimum requirements under the program.

The review found the company made no reference to a language requirement other than English in its ads, and agreed to have the temporary workers take language training prior to and throughout their employment in Canada.

But "language of work continues to be a concern, particularly as it pertains to workplace safety," the memorandum to the minister said, adding that HD has hired Mandarin-English interpreters to work on site and is providing two hours of English-language training to Chinese workers, twice a week.

There are applications from other companies "involving relatively large numbers of foreign workers" and broader policy changes are on the way "to encourage companies to train Canadians instead of hiring foreign workers," the memorandum said.

For 200 positions, HD Mining received 26 applications, invited 20 applicants to interviews and 10 showed up. The company said three were offered jobs.

Three days have been scheduled for a federal court hearing to begin Tuesday.

A spokesperson for HD Mining said the decision to grant temporary foreign worker permits was made "in an entirely reasonable manner" and the allegations by the unions are improper and unfounded.

The project has been put behind by six months, the unidentified spokesperson said in an email.

"HD Mining requires reasonable certainty before commencing with bulk sample work, which is why we are looking forward to completing the final stages of this litigation with the Judicial Review hearing," the email said.

The unions, too, are looking forward to the court hearing.