Remains of some of Bruce McArthur's alleged victims released to families: police 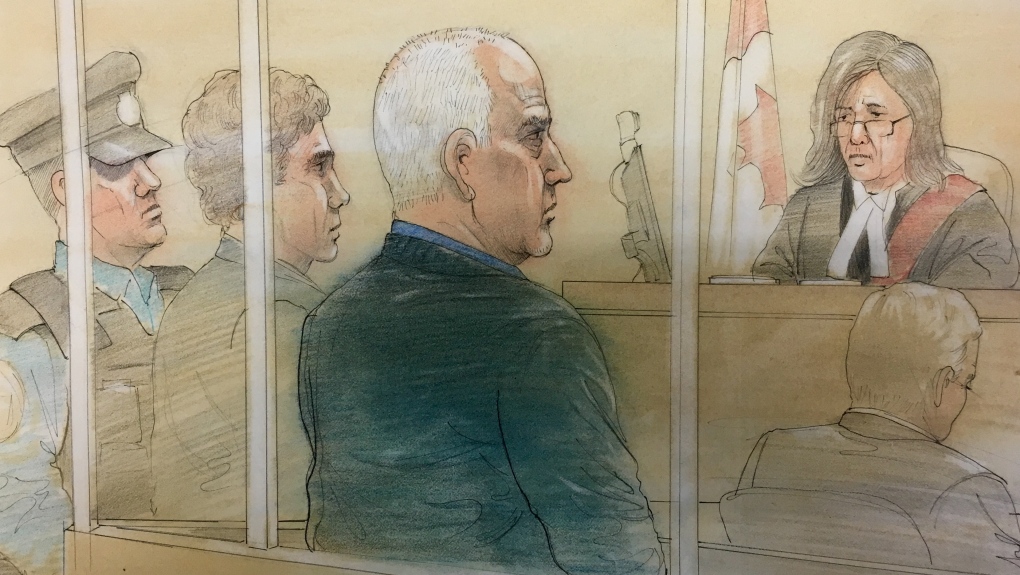 TORONTO -- Families mourning the deaths of men believed to be victims of alleged serial killer Bruce McArthur are finally starting to lay their loved ones to rest, those close to the situation said Friday.

Toronto police said investigators have begun releasing the remains of the eight men with ties to the city's gay community who McArthur stands accused of killing between 2010 and 2017.

Officers have spent the months since McArthur's January arrest working to recover and identify the remains, which were found dismembered and concealed in planters at a home where the 67-year-old once worked as a landscaper and in a ravine nearby.

Acting Insp. Hank Idsinga, the lead investigator on the case, said at least some of the families have been able to claim their relatives' remains.

"I can't comment on how many sets of the remains have been returned yet, other than that it is a work in progress," Idsinga said in an email. "I hope that it concludes sooner rather than later."

One LGBTQ community activist said funerals for at least three of the alleged victims had taken place as of Friday afternoon.

Haran Vijayanathan, who said he's in touch with six of the eight families impacted by McArthur's alleged crimes, said he personally claimed the remains of Dean Lisowick, a homeless man who was never reported missing.

Vijayanathan, who heads an AIDS-prevention organization but is supporting the families of alleged victims on his personal time, said Lisowick was laid to rest in the rose garden of a Toronto chapel on Friday afternoon.

He said he took charge of the funeral arrangements at the request of Lisowick's family, who were struggling with the impact of McArthur's alleged crimes and did not feel up to the task of arranging the burial.

Most of the men McArthur allegedly preyed upon were from marginalized backgrounds, with several being described as relative newcomers to Canada with limited family contacts or financial resources, police have said.

As a result, Vijayanathan said many of the surviving family members are dogged by logistical complications as they make funeral arrangements, navigate a complex police system for victim's services, and seek closure on the deaths of loved ones who allegedly met a particularly disturbing end.

"There's folks who aren't able to pay for things up front and submit a receipt later, like travel to this country or other expenses around paying for some of the smaller things to support the funeral," he said."I've been working with ... the family members to see what they really need."

Vijayanathan said he's launched a GoFundMe page in hopes of raising money to help family members with funeral and travel costs, adding many people must fly in from overseas to bury their relatives.

He said funeral services have already been held for both Andrew Kinsman and Selim Esen, the last two men McArthur is accused of killing.

Burials will hopefully take place in the coming weeks for Skandaraj Navaratnam, the first man reported missing in 2010, and Kirushna Kanagaratnam, a man who went unidentified for several weeks as police sought information from the public, Vijayanathan said.

"We're very appreciative of Haran's efforts and hope that the families and community can find some peace," he said.