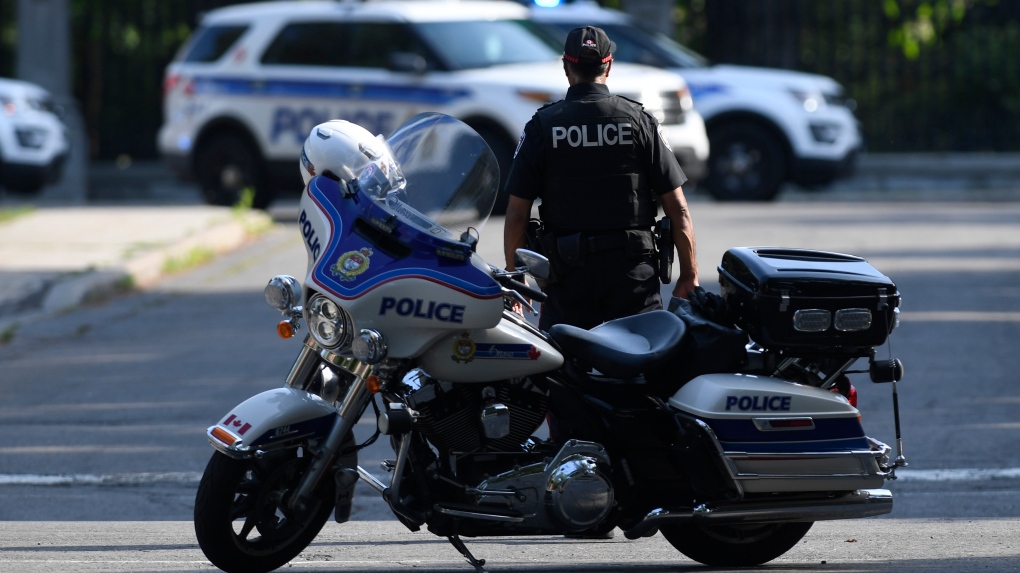 A police barricade is set up outside Rideau Hall in Ottawa on Thursday, July 2, 2020. The RCMP say they have safely resolved an "incident" at Rideau Hall, where Gov. Gen. Julie Payette and Prime Minister Justin Trudeau live.THE CANADIAN PRESS/Adrian Wyld

TORONTO -- Public speculation that the Rideau Hall arrest last week by the RCMP would have ended differently had the suspect been non-white is a “negative distraction” and “disheartening,” RCMP said in a statement issued late on Friday.

“To suggest a more violent conclusion would have been inevitable if the suspect was of another race is speculative and disheartening to the responding officers, their families, and all partners who helped successfully and professionally resolve this threat,” said Commissioner Brenda Lucki and National Police Federation president, Brian Sauve.

“This creates an abstract and negative distraction from an evolving and important national dialogue with all stakeholders seeking solutions to societal issues.”

The statement went on to say that the speculation may “further distance” some Canadian communities from police officers even as it said that the organization welcomed the “constructive and necessary dialogue” happening across Canada.

Earlier this week, NDP leader Jagmeet Singh said when compared to recent incidents between people of colour and the police, the case of Corey Hurran, the Rideau Hall suspect, should be a reminder that systemic racism is real.

"That contrast -- someone showed up to potentially kill the prime minister of Canada, or with weapons at his residence, and that person was arrested without any violence -- and you had a person who in his own home was killed,” Singh told The Canadian Press on Wednesday. “That to me is what systemic racism in policing is all about, that difference.”

Singh was referencing the recent deaths of four non-white individuals in the Toronto area and New Brunswick who died during interactions with police.

Friday’s RCMP comments come after Lucki acknowledged in June that the RCMP is grappling with a long history of racial discrimination and that systemic racism exists within the national police force.

Hurren was charged in early July with ramming a truck through a gate at Rideau Hall and threatening the Prime Minister. Police said Hurren, a Canadian Forces member, was armed with two shotguns, a rifle and a revolver at the time, but was arrested “without incident” as officers took time to de-escalate the situation.