Rare dolphin washes up on a cold B.C. beach 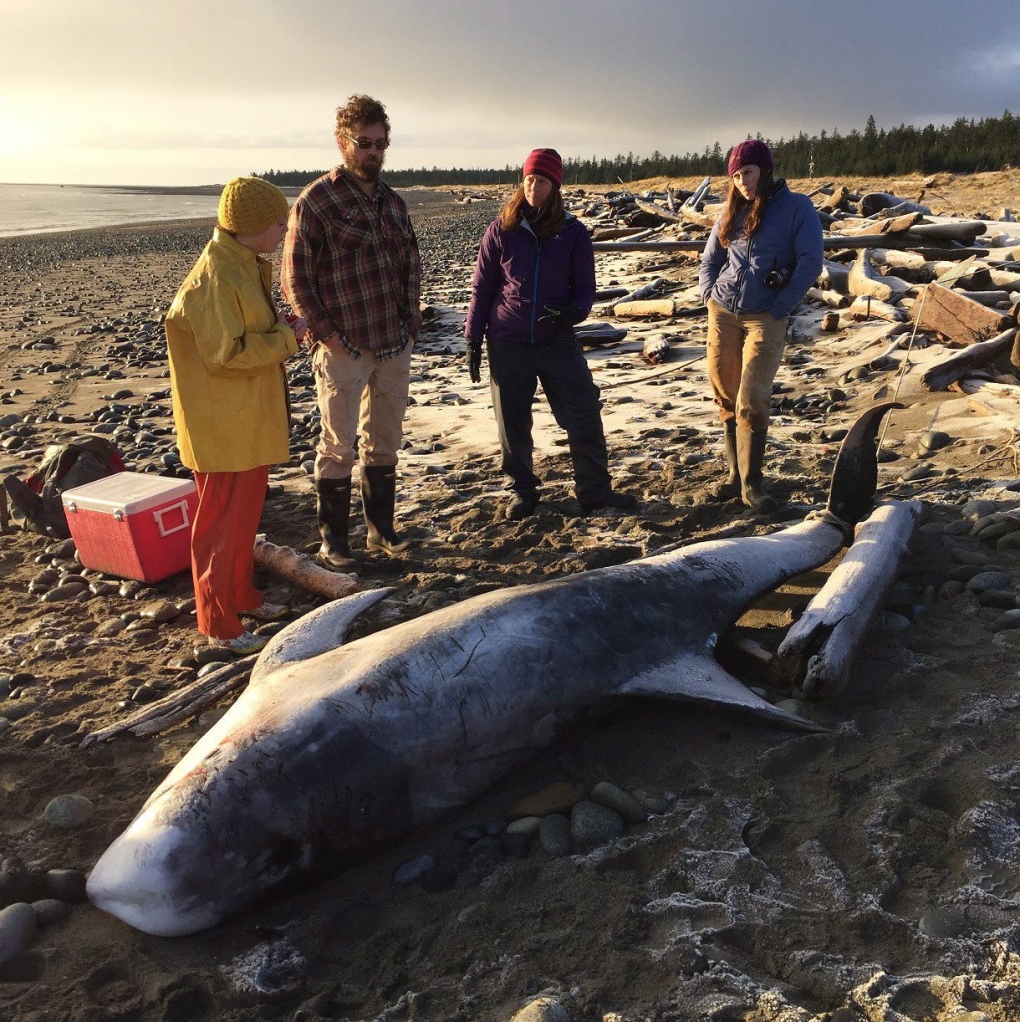 Vancouver Aquarium researcher Caitlin Birdsall, left, leads the necropsy of a rare Risso's dolphin that washed up on the shore of Haida Gwaii on Saturday, Feb.20, 2016. (THE CANADIAN PRESS/HO-Vancouver Aquarium)

HAIDA GWAII, B.C. -- Researchers say a third animal rarely seen in waters off British Columbia has been found on an island beach.

In the latest discovery, a Risso's dolphin was found dead on a beach on Graham Island, part of Haida Gwaii.

Researchers from the Vancouver Aquarium, the B.C. Cetacean Sightings Network, the Department of Fisheries and others conducted a necropsy on the animal on Monday and couldn't find an obvious cause of death.

Risso's dolphins are grey in colour and have stocky bodies with rounded snouts and no noticeable beak, and the female dolphin was about 3.3 metres or almost 11 feet long.

The species can be found in both temperate and tropical waters, but is seldom sighted off B.C., similar to other recent discoveries on the West Coast of Vancouver Island of a Guadalupe fur seal and a green sea turtle.

The emaciated fur seal died a few days after it was found, but the sea turtle is recovering nicely in a temporary holding pool at the Vancouver aquarium.