A Calgary memorial for former Alberta premier Ralph Klein was filled with tributes and personal anecdotes by his friends and colleagues, who remembered him as a straightforward, hardworking and loved politician.

Prime Minister Stephen Harper said he will always remember Klein for his “affability” and ability to connect with people, no matter where they came from.

Klein was “a man equally at home in the Petroleum Club, or in the St. Louis Hotel… or maybe not quite equally,” Harper joked. “He was affable, straightforward and he had a gift for saying what ordinary people were thinking, often in a way that made us smile.”

Klein died last Friday at the age of 70 after a long battle with dementia and chronic lung problems.

Alberta Premier Alison Redford said Klein was “the people’s premier,” who never stopped championing the province and its citizens. She also recalled his humility and natural likeability.

Redford described once hearing a story of Klein dropping into a local hockey arena in the northeast part of the province.

Ahead of the memorial, Redford told CTV’s Power Play that Klein “set a very high bar for politicians in terms of personal integrity and honesty and being a true human being.”

She also praised his commitment to First Nations and Métis people.

Former premiers Mike Harris and Roy Romanow shared stories of their long friendship with Klein and of working with him at premiers’ meetings.

Harris, a former Ontario premier, recalled finding a kindred spirit in Klein, who also shared his desire for cost-cutting. He also talked about times they spent fishing, golfing and playing cards.

“Today I say goodbye to a good friend, a colleague, a mentor, a fellow golfer -- I use the term loosely-- a fisherman, and an all-around great, loveable guy,” Harris said to laughter.

Romanow, a former Saskatchewan premier, said he remembered a time he and his partner beat Klein and Harris on the golf course.

"We were walking off the green, (Klein) stopped and said, 'Roy. It never pays to be too cocky,"' said Romanow.

Speaking to Power Play, Romanow said that one of Klein’s “great lasting contributions will be that he demonstrated to Canadians what a good politician can possess and that there are still some really good ones and that he was the very best.”

“He taught us that we as Calgarians, as Albertans are great and can be great,” he said. “As a politician the single best thing someone can say to you, is if they say, ‘You know, you remind me a little bit of Ralph Klein.’”

Before the memorial began, Nenshi officially declared April 5, 2013, as “Ralph Klein Day” and presented his family with a plaque and a folded city flag. The plaque listed the highlights of Klein’s career in both municipal and provincial politics.

The Alberta government offered to hold a state funeral for the popular politician, but Klein’s family opted to have the memorial organized by the city of Calgary instead.

Five hundred of the seats were reserved and 1,100 seats were open to the general public.

"It's at Mrs. Klein's wishes that this not be a big reserved event where every seat is a ticket,” longtime Klein friend, Rod Love, said earlier on Friday.

Albertans began lining up outside the concert hall for tickets to the memorial early Friday morning. They told CTV Calgary that they wanted a chance to say goodbye to Klein.

Resident Bill Wiley said: “I think Ralph Klein left quite a legacy for this city and I just wanted to be part of it.”

Before entering politics, Klein worked as a reporter at Calgary’s CTV affiliate, CFCN.

Known for his ability to connect with voters, the popular and colorful Klein enjoyed massive popularity during much of his tenure. In 2001, the Progressives Conservatives under his leadership won 74 of 83 seats, capturing nearly two out of every three votes. 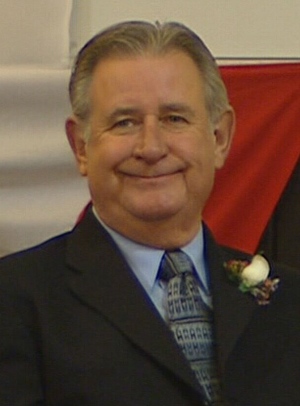