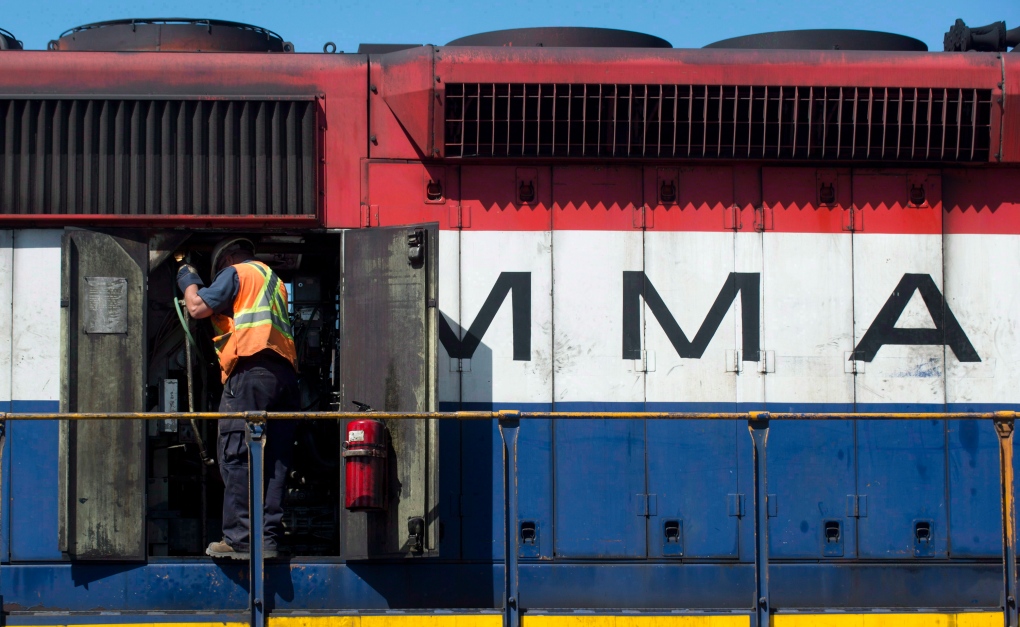 An engineer checks the engine of a Montreal Maine and Atlantic locomotive outside the offices of MMA railway in the town of Farnham, Que., on July 11, 2013. (Graham Hughes / THE CANADIAN PRESS)

Railroad Acquisitions LLC, a subsidiary of Fortress Investment Group, won the closed-door bidding for Montreal, Maine and Atlantic Railway, according to one of the losing bidders.

Details will be disclosed when the outcome is formally announced during court proceedings later this week in Maine and in Canada.

The Fortress subsidiary had submitted a so-called "stalking horse" bid of $14.25 million. A Fortress spokesman didn't immediately return a call.

More than a dozen companies expressed interest in the bankrupt company, which owns about 800 kilometres of track in Maine, Vermont and in Canada, although it is unknown how many submitted bids.

One bidder, Eastern Maine Railway, a subsidiary of Canadian-based J.D. Irving, said it partnered with Springfield Terminal Railway Company to bid for the Maine portions of the track.

"In the end, the trustee went forward with a single buyer of the entire MMA railway line (Maine, Quebec and Vermont track), Wayne Power, vice-president of Irving's transportation and logistics division, said in a statement.

"We look forward to working with Fortress Investment Group of New York as they assume operation of the MMA railway."

Chapter 11 trustee Robert Keach declined comment on the proceedings on Tuesday but said previously that the goal was to recoup losses for creditors while keeping the entire rail line in operation.

In the July derailment, an unmanned MNA train with 72 oil tankers began rolling after it was left unattended by the solo crew member.

The train picked up speed and derailed in downtown Lac-Megantic, causing an explosion and fire that destroyed about 30 buildings in the community some 15 kilometres north of the Maine border.

Chop Hardenbergh, editor of Atlantic Northeast Rails & Ports, a Maine-based industry newsletter, said he waited outside the law offices where the auction was held, and learned that the auction took only 40 minutes.

Fortress has a reputation for turning around distressed companies, he said.