Joshua Kelly died earlier this month after paramedics parked their ambulance on the outskirts of the reserve in Northern Ontario instead of entering the home to provide medical care to the man, who had lost consciousness.

Since Kelly’s death on Sept. 15, Onigaming Chief Jeff Copenace says he has been fighting for answers and accountability. First, he wants to know why paramedics delayed their response. Secondly, Copenace wants solutions to help his Indigenous community deal with the ongoing trauma from the legacy of residential schools.

“I’ve watched so much pain and suffering. I can’t stop fighting,” said Copenace in an interview with CTV News earlier this week. Since becoming chief a year ago, Copenace says he’s attended a dozen funerals of people in the community.

From his band council office, Copenace says he can see the home where Kelly’s friends and family were when they called 911. He can also see the spot where the ambulance was idling on the side of the road. Copenace said he drove out and personally pled with one paramedic to save Kelly’s life, but was told they would not go in without a police escort.

“He told me that he’s been (previously) attacked,” Copenace said on Tuesday. “I believe this paramedic, who was white, was scared because he viewed us as less than human. It terrifies me, because this is when systemic racism becomes deadly and terrifying for people.”

KELLY WAS 'CARING AND WELL-LOVED'

Treaty 3 Police received a 911 call about a non-responsive male at approximately 10 a.m. local time on Sept. 15 and dispatched a police officer from its Kenora office, which is located about an hour away from the reserve.

A photo posted by a crisis worker on social media shows a parked ambulance on the side of the road with the timestamp of 10:45 a.m. on the same day.

One cousin previously told CTV News she performed CPR while waiting for paramedics to arrive, but was unable to revive Kelly.

Copenace says Kelly was born and raised in Onigaming and was “caring and well-loved.”

He said Kelly would often check in on the elderly people on the reserve, including Copenace’s father.

Kelly is survived by his mother, stepfather and five siblings. His obituary says he loved the outdoors and fishing with friends.

The Ontario Ministry of Health has launched an investigation into the incident, but declined to provide further comment. Copenace says the community wants more transparency about the provincial investigation.

“We still haven't received any information about that investigation. We would like to be involved. I know that we've got a number of witnesses -- probably 10 to 20 people -- who saw what happened. They were waiting for (paramedics') help,” he said.

The Kenora District Services Board (KDSB), which is responsible for paramedic response, is also reviewing the incident.

“Paramedics in our region put their lives on the line daily and give their all every day they go to work. They are asked to respond to a range of challenging, emergent situations, and assessing risk is a fundamental piece for our paramedics to ensure that they are safe while doing their work,” said KDSB Chief Administrative Officer Henry Wall in a press release issued Sept. 21.

After meeting with Copenace last week, Wall acknowledged in the press release that the community “desperately needs more resources” and said service providers “can do better.” 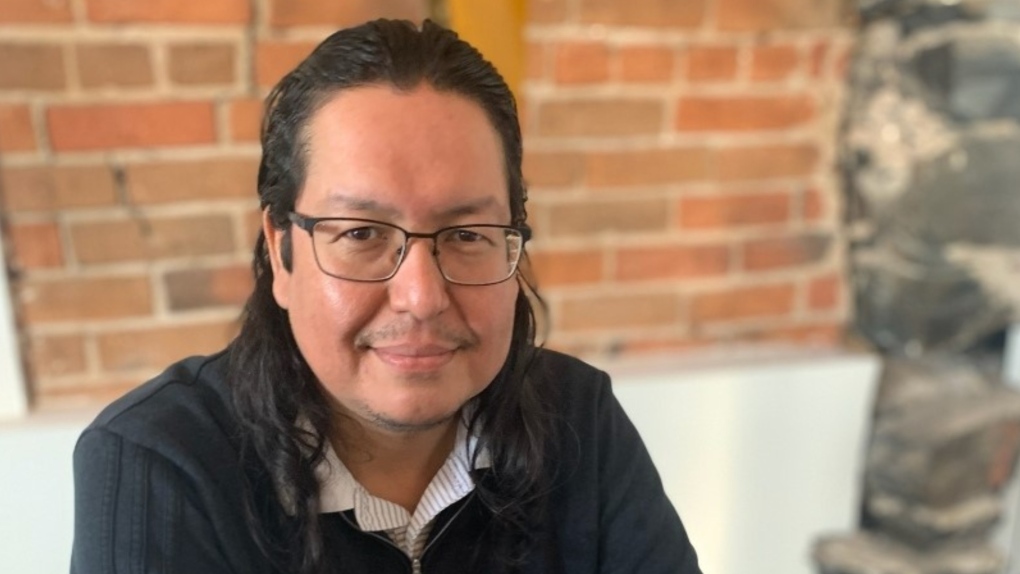 Jeff Copenace, Chief of Onigaming First Nation. Copenace says many on living on the reserve are struggling with the legacy of residential and day schools where Indigenous children were sexually and physically abused. Since becoming Chief in 2021, Copenace says he's attended a dozen funerals in the community.

ONIGAMING IN A STATE OF EMERGENCY FOR 8 YEARS

Onigaming First Nation has yet to emerge from a state of emergency that was declared in 2014 after four young people died from suicide. Copenace said he is concerned Kelly’s death could trigger more trauma, leading to a spike in self-harm.

Many of the approximately 600 people who live in Onigaming are survivors of residential schools, and Copenace says the community doesn’t have enough resources to fight the high rates of alcohol and drug addiction in the community.

Copenace noted the reserve's medical clinic burned down last year and hasn’t been rebuilt. He said a community centre is needed that can house at least six “crisis beds” for youth who don’t feel safe at home, or to use as “sober spaces” to help people recover from substance abuse.

He has also requested more police resources to deal with the community’s drug problem. Copenace said he would like to see a dedicated constable in the reserve and help from tribal police to evict drug dealers from Onigaming. Treaty 3 Police Chief Kai Liu didn’t respond to CTV News’ request for comment, but Copenace’s request would likely be difficult to achieve. The police force only has 96 officers to patrol an area larger than the entire province of New Brunswick.

After meeting with community leaders last week, the federal government is responding to the crisis with funding for safety officers. Indigenous Services Canada will provide Onigaming First Nation with $50,000 to create a well-being first response team.

“If we can't count on the paramedics because of systemic racism, then we need our own people,” Copenace said.

He said the death of Joshua Kelly has made it clear that protecting the community from the legacy of colonialism requires solutions created by those who understand the pain.

This story has been updated with the correct spelling of Jeff Copenace, not Copenance.

Security breach detected in October, believed to be sponsored by the Chinese state