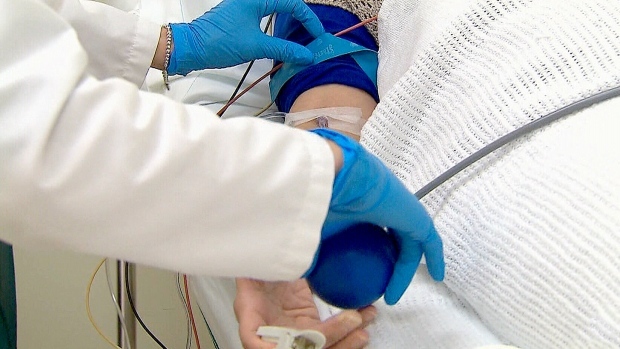 In a decision rendered last month, Quebec Superior Court Justice Christine Baudouin ruled in favour of two Quebecers struck by incurable degenerative diseases who had argued both the federal and provincial laws were too restrictive.

Baudouin ruled invalid the Criminal Code requirement that a natural death be "reasonably foreseeable" before someone can be eligible for assisted death as well as the provincial requirement that people "be at the end of life."

Justice Minister Sonia LeBel and Health Minister Danielle McCann told a news conference today they have not decided whether the contested section of the Quebec law will be redrafted, adding that the government will separately study broadening access to the procedure.

The plaintiffs in the case, Nicole Gladu and Jean Truchon, had argued the provisions led to their requests under the law being denied.

Baudouin suspended the application of the judgment for six months to give federal and provincial legislators a chance to modify the laws, granting an exemption to Gladu and Truchon to seek medical aid in dying during this period if they satisfy other legal conditions.

The judge wrote that the laws in place had deprived them of the right to have "a dignified and serene death."

This report by The Canadian Press was first published Oct. 3, 2019.