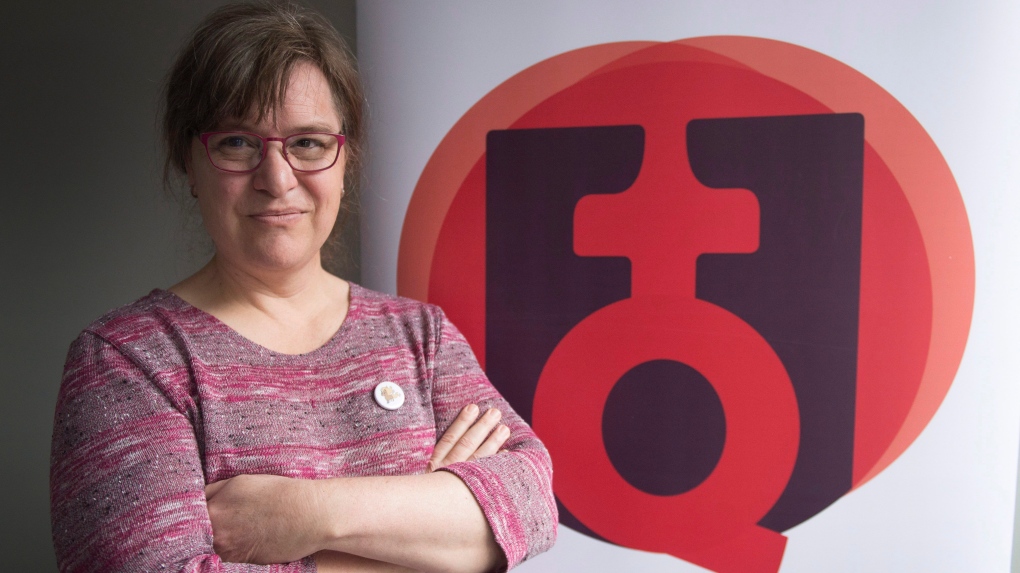 As long as white, privileged and wealthy feminists achieve equality, then less fortunate women will eventually see some benefits too, the logic goes, Bouchard said.

Not long after Bouchard's recent election to the presidency of the Quebec federation of women, the backlash began.

A columnist in a Montreal newspaper wrote in early December, "who is this man who became a woman as an adult?

"How can she speak on behalf of all women, as someone who was raised in a masculine culture, ignoring the experiences that women have lived through since they were born?" wrote Denise Bombardier, a well-known media personality in Quebec.

Bouchard, 49, said she was chosen by members of the federation to be president and ran unopposed.

Yet she's been criticized on social media and privately in emails by members of the public.

"From the members of the federation and the board -- the reception has been great," she said. "I am truly enjoying the team dynamic we have."

Outside the federation, however, "Some women are really, really, not happy," Bouchard said.

The federation of Quebec women represents roughly 300 feminist organizations across the province as well as about 700 individual members.

It's an organization that leans heavily to the left, and its mission, as described on its website, includes an aim to "deconstruct and eliminate patriarchy and all the other systems of oppression or domination with which it is intertwined, such as capitalism, racism, imperialism, heterosexism, colonialism."

The federation's website also singles out Israel and demands the country end its blockade of Gaza.

Bouchard's vision for the presidency is to better enshrine her organization's mission: Equality for all women and equality among all women.

Her definition of feminism is inclusive: "It's about not leaving anyone behind," she said.

Over the past few years, governments across Canada have made significant movement toward recognizing trans rights.

The federal government passed Bill C-16 last June, which amends the Canadian Human Rights Act to add gender identity and gender expression to the list of prohibited grounds of discrimination.

Bouchard agreed society is more accepting today than just six years ago, when she began her activism, but barriers remain.

Some women feel uncomfortable when a trans person seeks shelter at refuges for female victims of violence. Employees at those centres have been known to ask trans women if they've received gender-reassignment surgery, Bouchard said.

Bouchard said part of her work as president will be to fight against so-called trickle-down feminism and for a more inclusive interpretation of womanhood.

She rejects the idea she can't president of a women's right organization.

"(This opinion) presumes all women live the same experience -- which is not true," she said.

"All the barriers I face are actually based in sexism. They also happen to be based in transphobia. I am living at the intersection of trans identity and being a woman, and it creates a marginalization that some women don't face."