Quebec wants nothing to do with selling marijuana: finance minister 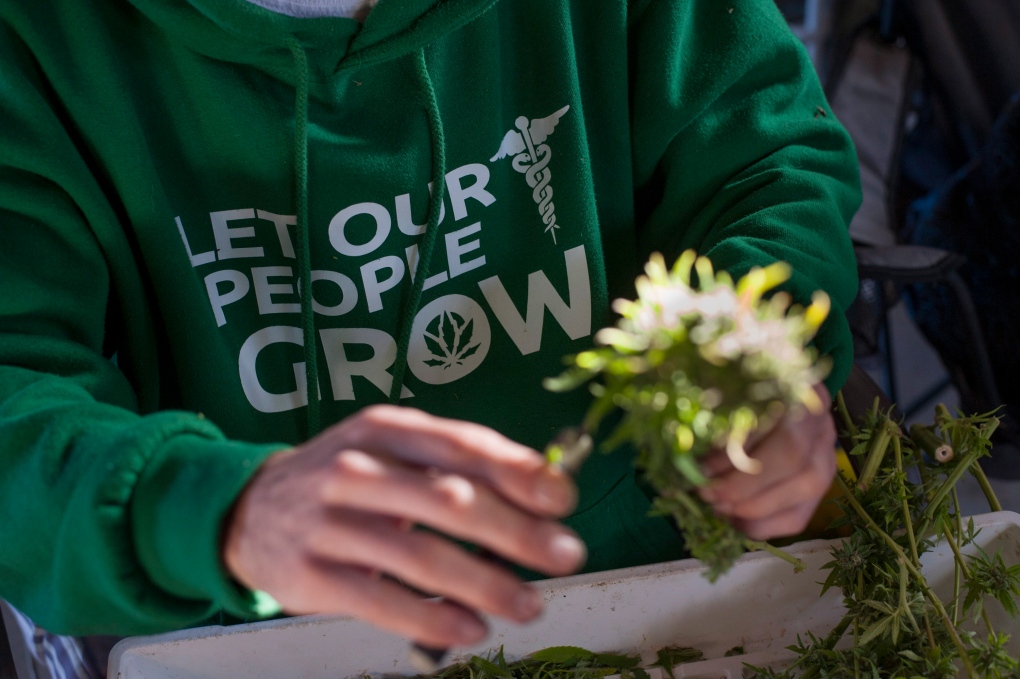 A dried cannabis plant is trimmed at the Farmacy in south-west Quebec on Tuesday, Oct. 8, 2013. (Justin Tang / THE CANADIAN PRESS)

Quebec wants nothing to do with selling marijuana, Finance Minister Carlos Leitao said Thursday, adding Ottawa can't force the province to help set up a distribution network if and when pot is legalized.

Prime Minister Justin Trudeau has said his government will legalize and strictly regulate marijuana and will work with local authorities to come up with distribution methods, which could vary from province to province.

Trudeau's comments sparked suggestions that pot could be sold out of government-run liquor stores.

Even the union representing employees of Quebec's liquor authority had said it was favourable to the idea.

Leitao, however, said he has "no plan, no idea, no intention of commercializing (marijuana).

"It's up to the federal government to determine how to do it," he said. "I will never have the obligation to commercialize (marijuana) even if it becomes legal. It's not up to the province of Quebec to do that."

When asked what distribution network the federal government could use in Quebec to sell pot, Leitao responded, "they'll have to figure it out."

One of Trudeau's election promises was to legalize marijuana in order to make it more difficult for children to purchase as well as to decrease pot revenue streams to organized criminals.

In response to Leitao's comments, Trudeau told reporters in Ottawa he plans to work with provinces and municipalities with regard to the distribution and sale of marijuana.

"And I look forward to starting those discussions, when the time comes," he said.