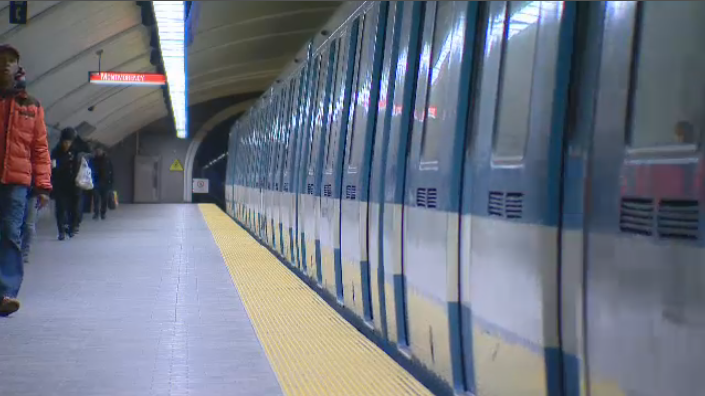 The Montreal subway system is seen in this undated file photo.

MONTREAL -- Quebec's public transportation systems are the latest target in the ongoing debate in the province over religion and identity.

Neither Montreal's transit authority nor unions representing bus and subway drivers wanted to comment Thursday on speculation that women wearing the Islamic niqab or burqa will be prevented from using public transportation.

Justice Minister Stephanie Vallee hasn't been able to answer the question clearly either.

The debate surfaced after Vallee on Tuesday tabled amendments to Bill 62, legislation that sets guidelines for accommodating religious requests in Quebec.

Vallee's bill attempts to enshrine into law the policy that all people giving or receiving a service from the state must do so with their face uncovered.

"As soon as there is an interaction between the state in the citizen, the service has to be offered and received with an uncovered face," she has said about her law, first tabled in 2015.

Vallee has since been accused of being coy regarding the details of the amendments and how they would be enforced.

The justice minister was asked repeatedly during radio interviews this week whether a bus driver could reject a woman wearing the Islamic burqa or niqab from walking onto a bus.

She wasn't able to give a clear answer.

"The objective of the bill is not to prevent people from taking the bus," Vallee said, without responding to the questions directly.

Montreal Mayor Denis Coderre has come out against the amendments, saying the provincial government doesn't have the right to tell the city how its employees should dress.

He also raised concerns about whether women wearing Islamic face coverings would be able to ride public transit.

Montreal's transit authority said it was "premature" to discuss the government's bill and the agency would consult with the city on the issue.

The union representing many municipal bus drivers across Quebec also didn't want to comment, saying it would likely be ready to talk about the bill in September.

Political Science professor Bruce Hicks of Concordia University suggested in an interview the Quebec Liberals could be purposefully trying to "stir things up" in order to distract the opposition in the leadup to the 2018 election.

"They are clearly stirring the pot," said Hicks, who is also a visiting fellow at York University. "The fact (Vallee) has been ambiguous suggests that maybe they are just throwing it out there to get people talking about it."

Hicks pointed to the fact Vallee tabled the bill in 2015 and said if passing the legislation was a priority the government could have done so much sooner.

He said the Liberals have a political incentive to make the opposition look like they are intolerant against Muslims or obsessed with identity issues.

Hicks said having a big societal debate on religious accommodation and systemic racism this year might "exhaust the conversation" by the next election, scheduled for fall 2018.

"It takes the wind out of the sails of opposition parties," he said.

Haroun Bouazzi, the head of a well-known Muslim organization in Quebec, didn't care to opine on what he thought was the government's strategy.

He said the Liberals could have closed this issue years ago by passing a law on religious accommodation.

"It seems a bit improvised," he said. "It seems as though they don't recognize the consequences of what they are proposing."